Sarenne, La Verte, Bellevarde… they are to skiers what the Col de Galibier and Col de Tourmalet are to cyclists: runs that have to be done at least once in your life! They have that special extra something that makes them unmissable. Tackling them amounts to so much more than just skiing down a run, it’s about having an unforgettable experience. Here is France Montagnes’ selection.

16 kilometres long, 1,830 metres of altitude drop between the Pic Blanc summit and Gua bridge, over an hour of downhill skiing for the average skier… Sarenne is simply in a league of its own. As the longest ski run in Europe, it’s hurtled down by over 1,000 skiers a day. It’s been accessible since 1962 – when the Pic Blanc cable car opened – and started life as an off-piste itinerary frequented only by highly skilled skiers. It wasn’t until winter 1977 that it became a run in its own right. From when it opened all the way up until 1991, it was home to a “derby” (a free choice of trajectory race for the fastest possible downhill time), the best recorded times for which were under five minutes! But it’s almost a shame to ski down it that quickly. Sarenne’s greatest gift has to be the wild, natural setting it provides access to, with a five star-rated panoramic view from the Pic Blanc terrace at the top of the run according to the Michelin Guide. 72 snow cannons have been newly installed this winter, making the run accessible for up to 140 days a year as opposed to 50 days previously. 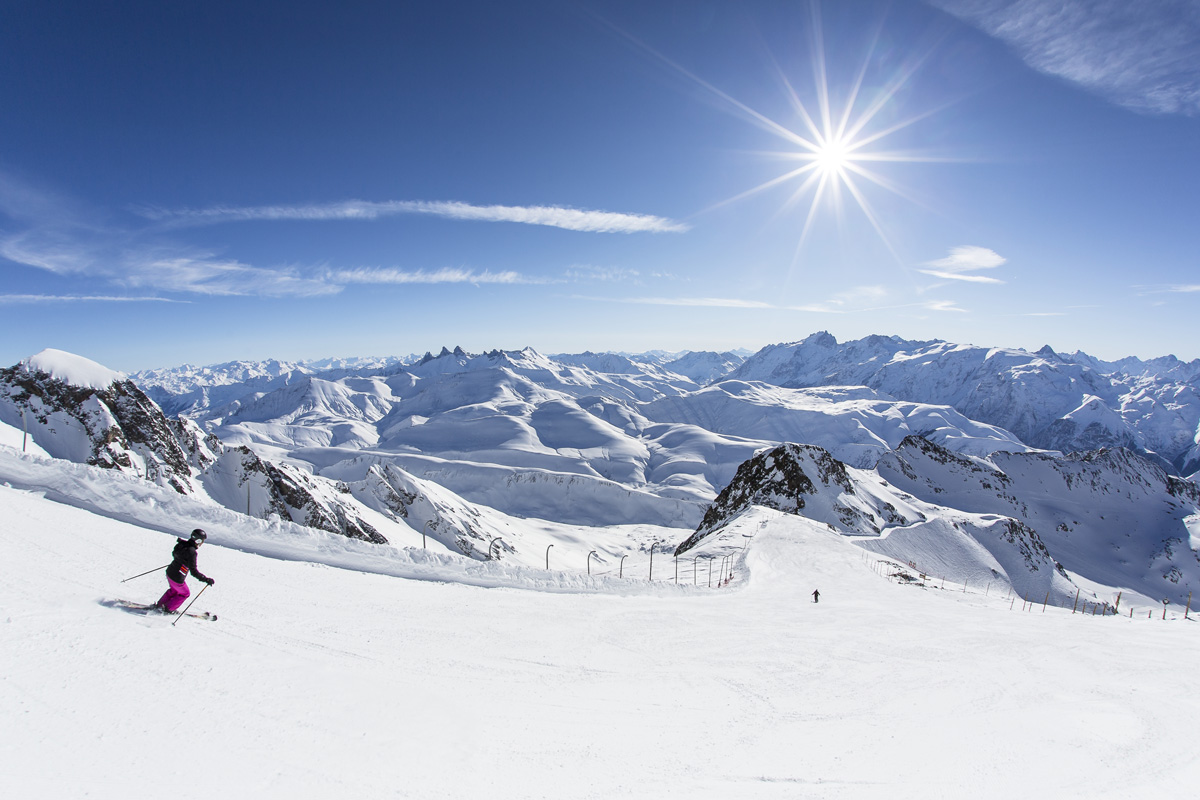 Somewhere between black and red, this exceptional run lets you glide from the Les Arcs ski area summit (l’Aiguille Rouge, at an altitude of 3,226 metres) to its lowest point (the village of Villaroger at 1,200 metres), totalling a 7-kilometre descent with a 2,000-metre altitude drop! Before getting stuck into your first turns, spend a bit of time soaking up the exceptional panoramic views on offer over the French, Swiss and Italian Alps and even the Jura mountain chain when conditions are clear. The first part of the descent takes place on the glacier, on a wide run where speed lovers can have a great time carving huge turns. That’s followed by the crest separating the Arc and Villaroger valleys, which has been known to inspire a touch of vertigo, with Mont Blanc as your backdrop. The vegetation (pine and larch trees) starts around 2,200 metres up, which is also where the run gets more demanding, featuring a number of mogul fields, depending on conditions, that can be bypassed with a range of gentler options for less hardened skiers. Please note that the final 800-metre section passes through a forest. Stop off for coffee and food breaks mid-run and in Villaroger. For a sunny downhill run, the East and North East faces are best skied in the morning. 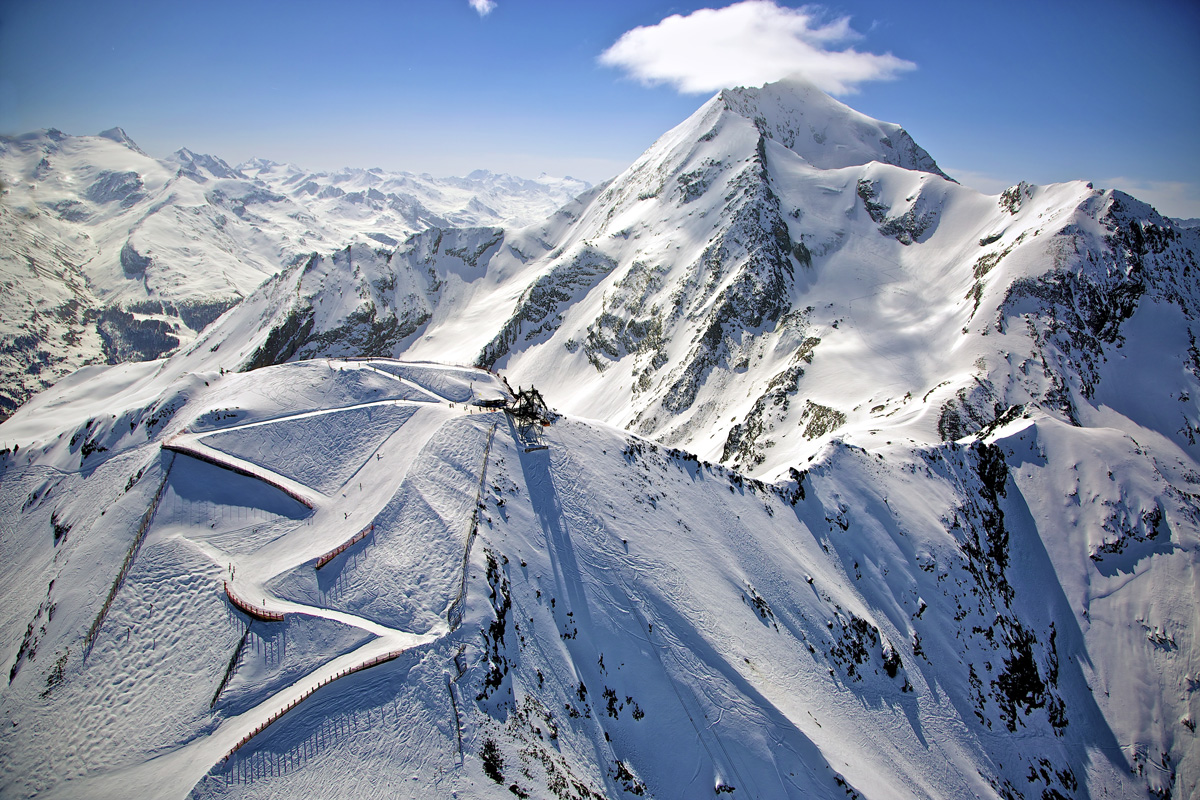 Created in 1994, the Cascades run is much more than a link connecting Sixt-Fer-à-Cheval and Flaine, two of the resorts that make up the Grand Massif ski area. 14 kilometres long with a 1,700-metre altitude drop, anyone who loves hiking and beautiful landscapes will adore this run. Not particularly technical (it’s a blue run), it winds through Alpine pastures and forests alongside the edge of the Sixt-Fer-à-Cheval Nature Reserve. The top of the run offers amazing panoramic views over Mont Blanc’s major summits (Mont Blanc, Aiguille du Midi, Mont Blanc du Tacul, Dent du Géant, Grandes Jorasses, etc.) and then the descent offers the same over the Fitz mountain range, the Pointe d’Anterne, Pas de Sales, Fer à Cheval, and Dent du Midi (in Switzerland)... The chamois goats and ibexes it’s quite common to see along the way are the ultimate cherry on the cake. The run starts at the top of the Col de Platé chair lift (at an altitude of 2,480 metres, in Flaine) and finishes in Sixt. Free shuttle buses will take you back to the other Grand Massif resorts (Flaine, Morillon, Samoëns and Les Carroz). 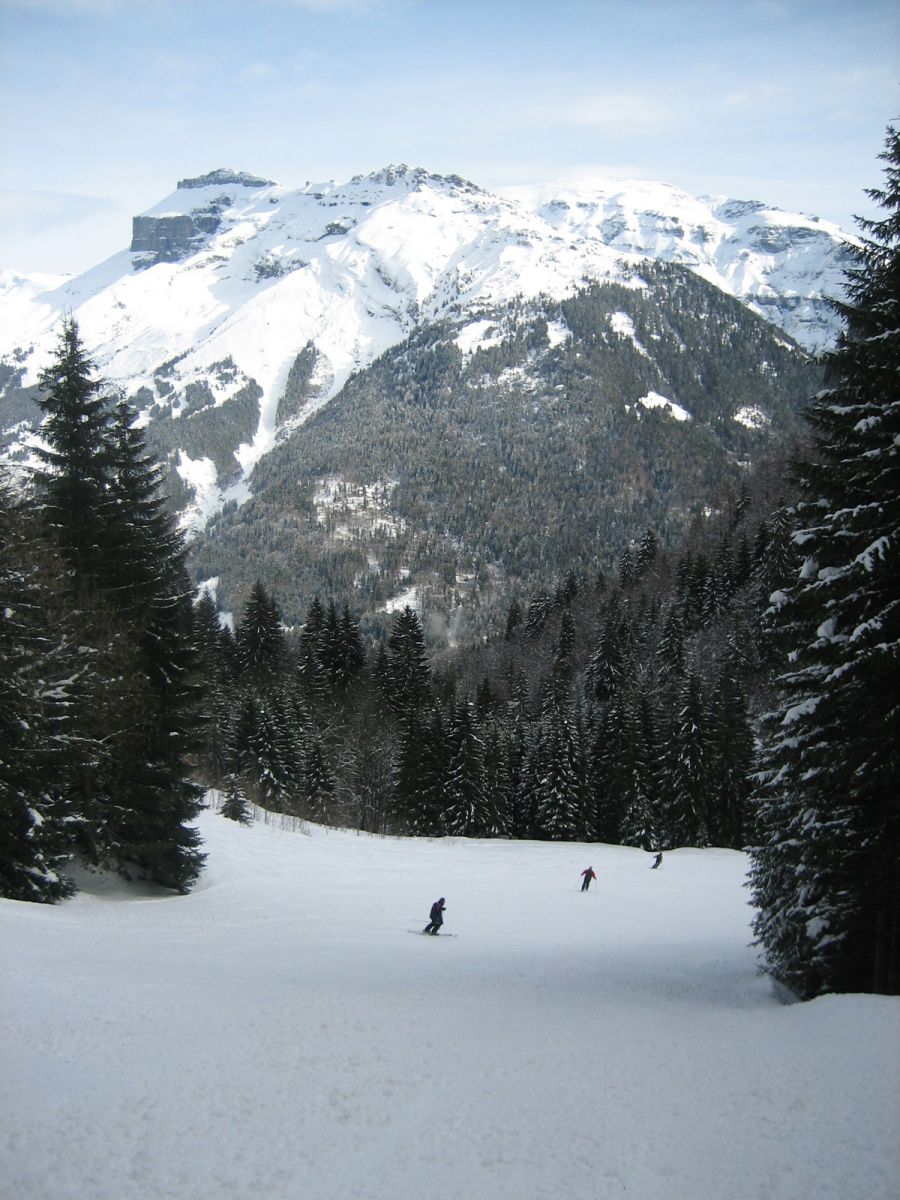 Contrary to what its name suggests, La Verte (or “The Green”) des Houches is… a black run! It’s worth noting that when it was created, run classification didn’t correspond to the same colours as today. La Verte is one of the rare French runs to be an approved host of the Alpine Skiing world cup. The “Kandahar” (as the Les Houches event is known) will return to the calendar on the 20th of February 2016 after a four-year absence. In figures, La Verte des Houches, is 3,343 metres long with an 870-metre altitude drop, where skiers can reach top speeds of 140 Kilometres per hour, and tackle jumps that can propel them up to 80 metres… For journalist Gilles Chappaz, the author of a book on legendary ski runs, “it’s France’s historic downhill ski run, it has it all, and has forged some major champions”. You’ll already have grasped the fact that you need to be a good skier in order to take it on, not only because it is often frozen as it’s in the shade, but also because it features a number of tricky technical sections. The most famous among them are La Cassure and Le Goulet, both dreaded by the world’s best downhill skiers. 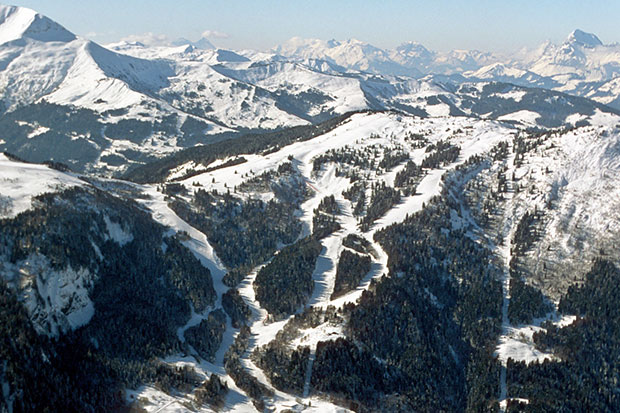 Bellevarde stands alone on the Alpine Skiing world cup circuit. Whereas skiers reach an average speed of 110 kilometres an hour on the majority of downhill runs, they barely go over 80 on the run that hosted the men’s downhill event in the 1992 Albertville Olympic Games. “It’s unique because of its gradient, difficulty, non-traditional nature and anachronistic sections such as l’Ancolie.” According to the journalist, its major plus point in comparison to its counterparts on the international circuit is that spectators at the foot of the run are able to follow almost the entire race, whereas it’s only possible to see a tiny part of the descent on the circuit’s other runs. When you launch onto this three kilometre run boasting a 960-metre altitude drop, you’ll be following in the tracks of Franck Piccard, who became a downhill Olympic vice-champion on the mountainside. The winner here isn’t whoever completes a perfect run, but whoever makes the least mistakes. 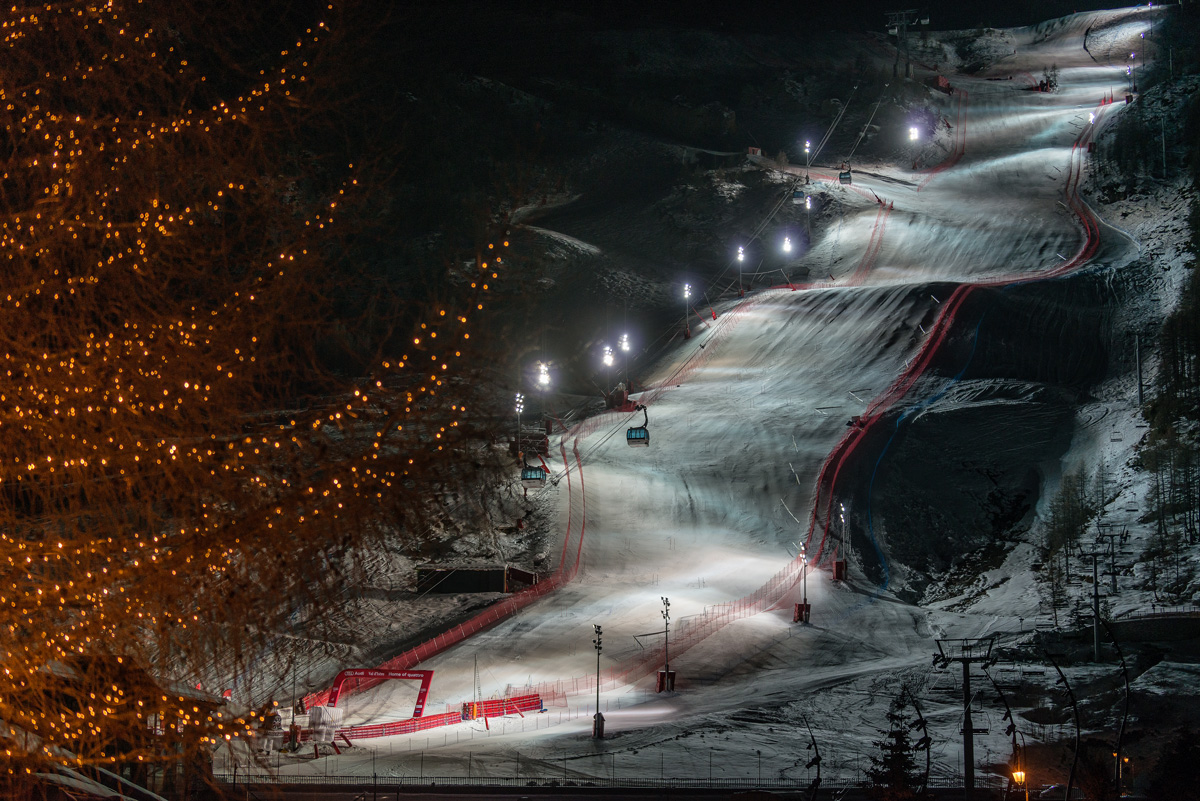 It’s all you can see from the snow front in Chantemerle (one of the villages that make up the Serre-Chevalier ski area), or, more correctly, its final wall is all you can see. This black run was created in 1940, extended in 1988 and originally known as l’Olympique. It was rechristened “Luc Alphand” to pay tribute to a local hero, the winner of the 1997 World Cup overall title. With a 650-metre altitude drop (and 1,990 metres in length), it winds between Alpine chalets and larch forests. Should you decide to really go all out, there are a few tricky sections to watch out for, in particular the very steep, angled Passage de la Broue. The final schuss is also especially steep. The Luc Alphand run was the site of four women’s Alpine Skiing world cup events: a downhill in 1991, a slalom in 1996, a giant and a slalom in 1999. As a very popular run, it’s best skied in the morning.