Regularly used by the Tour de France, every summer they attract cyclists from all over the world. However, you’ll need at least some training to follow in the wake of the top cycling champions, but the stunning landscapes revealed along the way make it well worth the effort.

Like Tourmalet, le Col d’Aspin is a real classic for the Tour de France, which has climbed it 71 times. Thomas Voeckler was the last to conquer it in the lead, during the 16th stage of the 2012 Tour de France (Pau / Bagnères-de-Luchon), a race he went on to win after leading the day’s four challenges (Aubisque, Tourmalet, Aspin and Peyresourde). The most difficult climb starts at Arreau (12 kilometres at 6.7%). It’s unusual because of the unevenly spaced hardwood trees alongside the road, which zig zags up through picturesque mountain pastures. The climb is more irregular from Sainte-Marie-de-Campan (12 kilometres at 5%) with a harder final section (from the ski resort and Lac de Payolle, at 1,100 metres in altitude).

Despite only featuring in the Tour de France once (in 2012), le Col du Grand Colombier is nonetheless formidable. Its four access routes all represent an almost two-hour climb for the average cyclist: 15.9 kilometres at 7.87% from Artemare; 18.3 kilometres at 6.89% from Culoz; 15.7 kilometres at 7.97% from Anglefort and 19.2 kilometres (at 6.75% on the last 15 kilometres) from Champagne-en-Valromey. This Jura giant – situated on the border of the Savoie department – provides breath-taking views over Lac du Bourget from its summit. 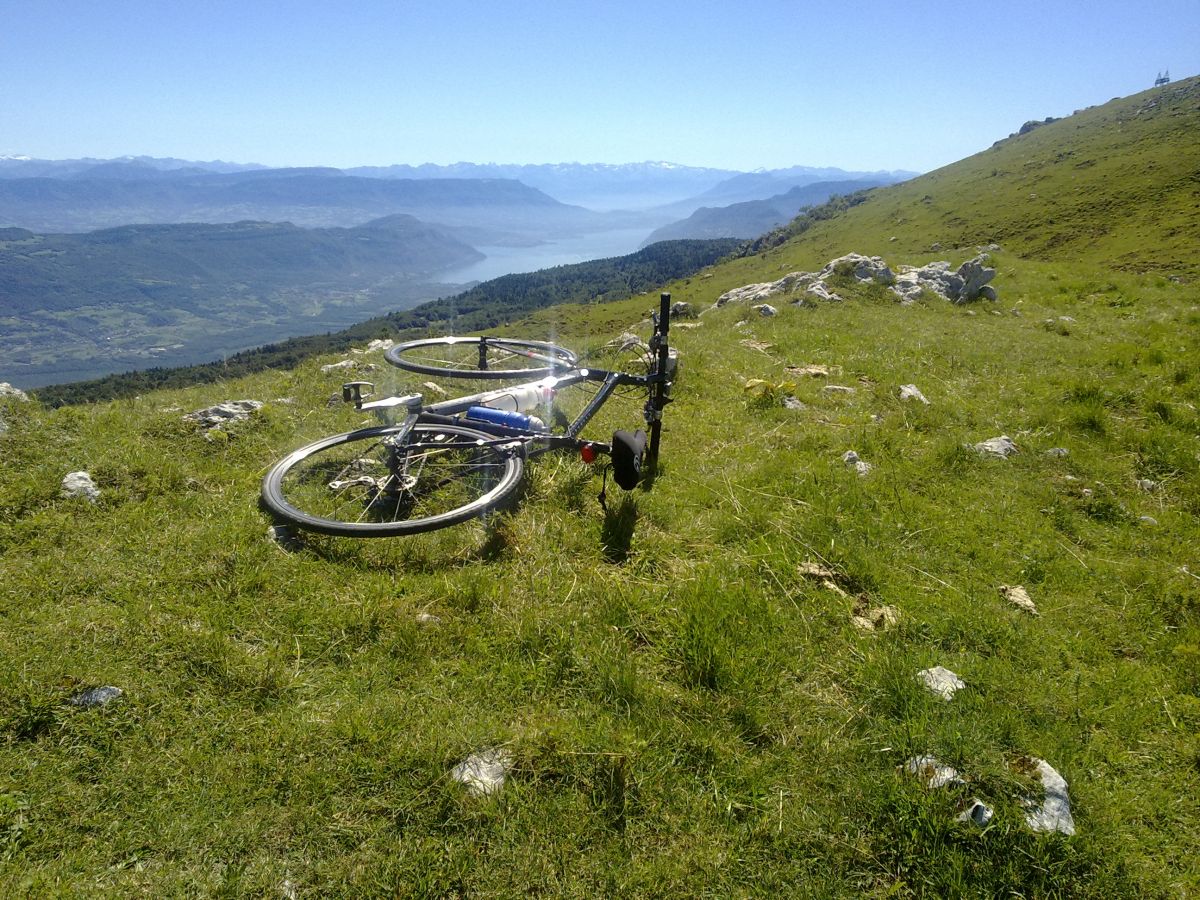 Situated near the ski resort of Peyragudes, le Col de Peyresourde is characterised by the blanket of moss covering the Alpine pastures through which its road snakes. According to the former director of the Tour de France, Jean-Marie Leblanc, “this climb makes you want to lie down and sleep in the grass, next to the sheep and cows”! Climbed 65 times by Tour de France competitors, it offers a 9.9 kilometre stretch on the west side (at an average incline of 6.6%) and 15.3 kilometres on the east side (at an average incline of 6.1%). Beware though, its irregular incline (with 12% stretches on each side) and frequent gusts of wind make this climb a more delicate operation than the numbers alone suggest.

It’s hard to imagine it today, but the first time the Tour de France came to Alpe d’Huez in 1952, only a handful of fans were in attendance. Thereafter, the climb went on to become a highlight of the world’s biggest cycling race. Now some 500,000 people gather along the climb’s 21 numbered hair-pin bends – each road sign featuring the name of an Alpe d’Huez stage winner and the corresponding year of their victory – happily arriving several days in advance to set up. In summer, around 1,000 cyclists (5,000 a day during the week of the Tour) set off every day to tackle the 13.1 kilometre climb, at an average of 8.19%. Internationally, Alpe d’Huez is more famous for its access road’s 21 hair-pin bends than for its 250 kilometres of ski runs! 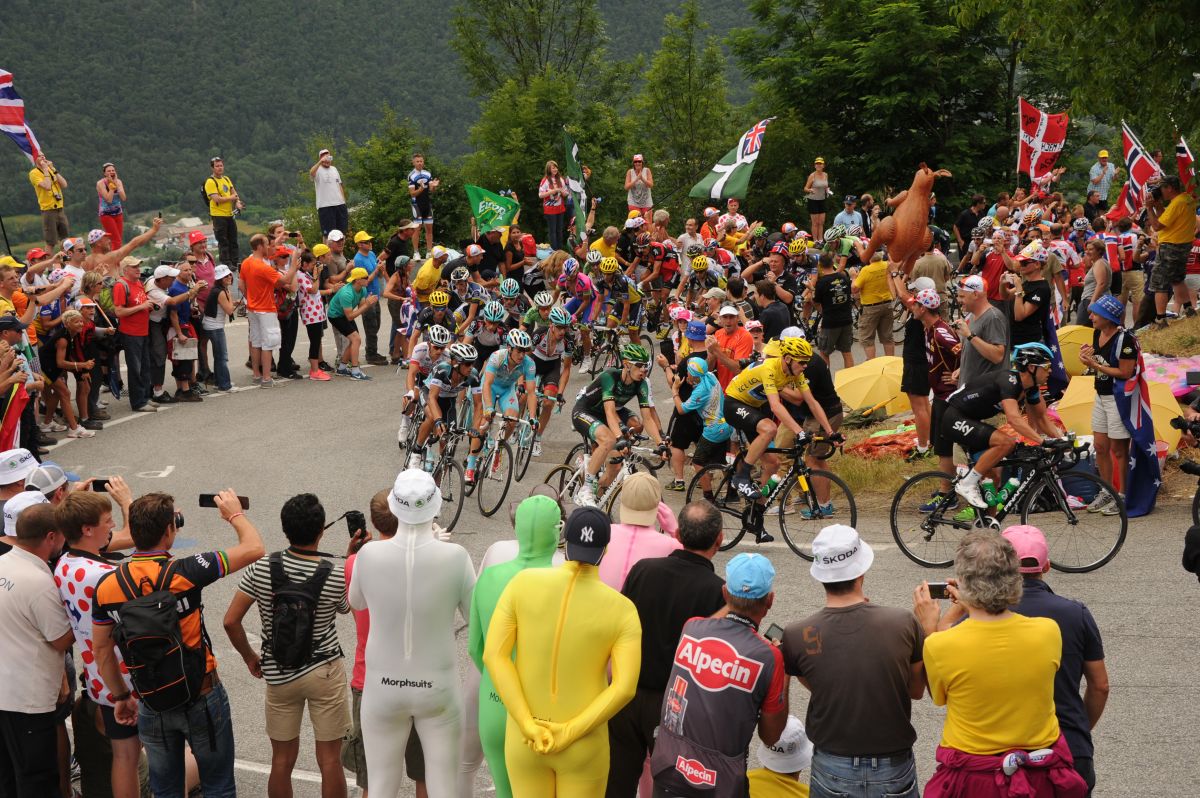 Visible for 100 kilometres in all directions, the Mont Ventoux summit appears to be permanently snow-capped, even at the height of summer. This almost lunar look, a consequence of repeated forest fires and deforestation that began back in the Middle Ages, is why it’s been nicknamed “Mont Bald”. Despite only looking slightly more difficult on paper (21.5 kilometres at 7.22%, versus 21.2 kilometres at 7.15%), the climb from Bédoin, on the south side, is unquestionably more famous than that on the north side, from Malaucène. It’s worth noting that 12 of the 15 Tour de France climbs started at Bédoin, compared to 2 on the north side and just 1 on the east side, from Sault. The latter, by far the easiest (25.7 kilometres at 4.5%), joins the Bédoin road at the level of the Reynard chalet, 6 kilometres from the summit.

It’s not only the average gradient (27.53 kilometres at 4.7% on the Isére side from Verney Dam; 30 kilometres at 5.07% from Saint-Jean-de-Maurienne on the Savoie side) but also its irregularity and length that make La Croix-de-Fer such a difficult climb. Cyclists who gamely attempt this Tour de France classic (which has featured in the event 16 times since 1947) are however rewarded by a succession of stunning landscapes: waterfalls plunging down into the valley, the Grand-Maison Dam, the Aiguilles de l’Argentière on the Isére side; the Aiguilles d’Arves and the Belledonne chain on the climb from Saint-Jean-de-Maurienne.

Despite having a name that seems to translate from French as the “bad trip”, this Pyrenean giant remains the most-climbed Col in the history of the Tour de France (79 times). The first time “La Grande Boucle” paid it a visit in 1910, Octave Lapize – who carried out a large part of the climb on foot, pushing his bike – felt entirely justified in labelling its organisers “killers”. Today, the climb will take an average cyclist around two hours to complete, either on its west side (17.2 kilometres at 7.4% from Sainte-Marie-de-Campan, via the resort of La Mongie) or its east side (18.8 kilometres at 7.4% from Luz-Saint-Sauveur, via Barèges).

When you think of Izoard, the first thing that comes to mind is the barren scree slopes overlooking the road, which, like Mont Ventoux, give the place a lunar feel. The presence of cargneule peaks (a local sepia-coloured rock) reinforces the austere look of the so-called “Casse Déserte” situated just over 2 kilometres from the Col on the south side. Of the 33 times the Tour de France has been through here, it has been the most-climbed section (15.9 kilometres at 6.9%). In 2011, Andy Schleck, then 4th in the General Classification, launched an attack 60 kilometres from the start, which went on to deliver him first place in the stage. The Col’s north side, from Briançon, offers a 19.2 kilometre climb at an average gradient of 5.92%.

Climbed 58 times, le Col du Galibier numbers among the Tour de France’s “classic climbs”. This year once again it will be the highest summit the peloton passes through, during the Modane – Alpe d’Huez stage. If the south side (8.52 kilometres at 6.9% from le Col du Lautaret) is far from a bed of roses, what can be said about the north side, with 18.1 kilometres at 6.9%, and the most difficult kilometres bunched towards the end? It was on these slopes that Marco Pantani laid the foundations for his final victory in 1998.

This Col, which connects the Maurienne and Tarentaise Valleys, prides itself on being the highest Col road in the Alps. Before the road – which opened in 1937 – was built, the Col de l’Iseran the site of so many mysteries and dramas that in Bonneval-sur-Arc (the starting point of the south face climb) it gave rise to the following adage: “If everyone who died on Iseran stood hand in hand, they would stretch from here to Val d’Isère”. Today, the Col de l’Iseran is a prime tourism site. It provides access to Val d’Isère’s summer ski area (on the Pisaillas glacier), and of course two superb cycling climbs: 48 kilometres at 4.1% from Bourg-Saint-Maurice on its north side (including 16 kilometres at 5.8% from Val d’Isère) or 13.4 kilometres at 7.3% from Bonneval-sur-Arc, on the south side.