Trail running is gaining ground in resorts this winter – why not have a bit of fun running in the snow? We have a busy calendar of snow races, and increasing numbers of beginners and experienced runners are taking up the challenge. Why run in the snow? How? And what races should you go for? We have all the answers!
Running in the snow? You must be crazy! But, when you think about it – what a great idea, too! Whether you want to pursue your passion all year round or have your first taste of all-terrain fun, you’ll work up a sweat and your running shoes will feel the heat too! We take a look at the crazy choice of snow trails in the mountains.

Who will enjoy running in the snow? 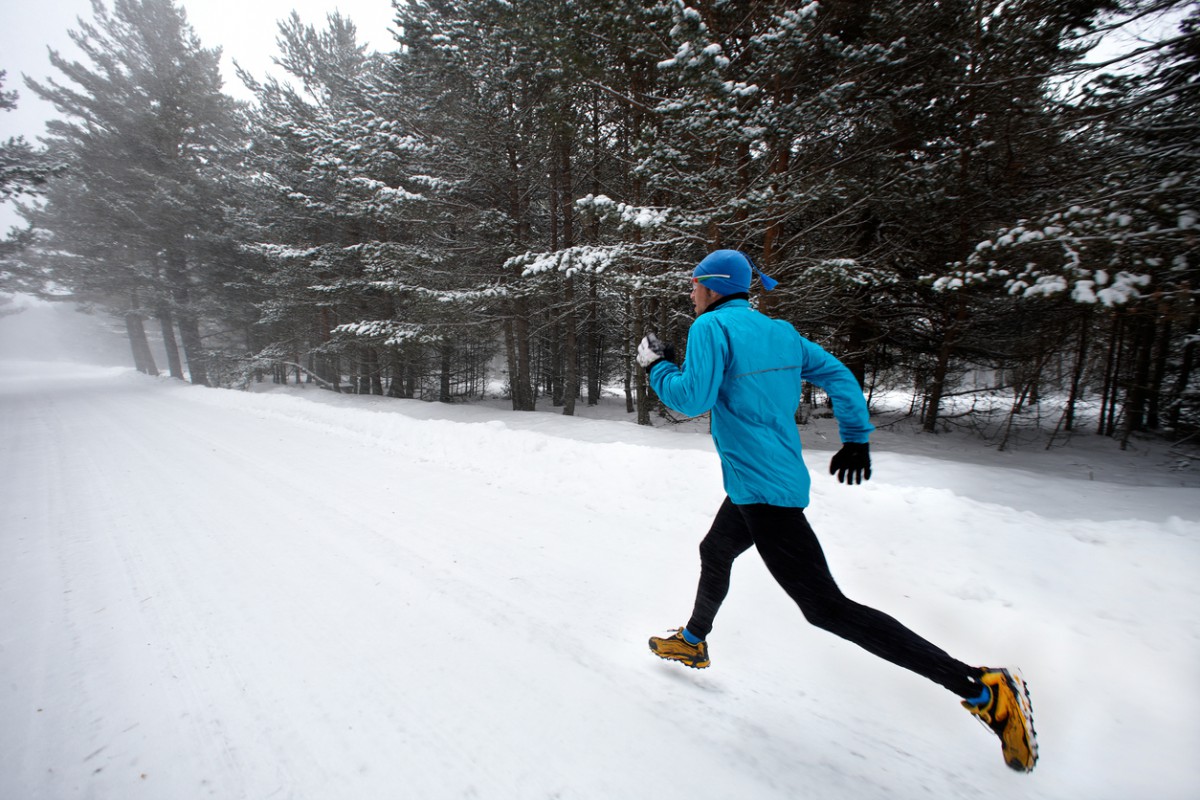 Anyone who’s mad about running
Some people see running as a way of achieving balance. They have to do it to function properly. People who feel on edge, tense and stressed if they haven’t been for a run in 5 days. For them, combining a mountain holiday with running is as natural as breathing. A necessity. So the trails created by the resorts are a welcome alternative to a running machine at a holiday residential complex or hotel. Feeling the snow squeak under your running shoes, breathing in the wonderful mountain air and feeling free in the great outdoors is a source of true happiness and unique well-being.
Active people with a sense of curiosity
Many people already see running as a tough and unforgiving activity, and doing it in the snow seems even more inconceivable. So if you want to have a go at a snow trail, you need to be somebody who likes to keep moving, spending time in the snow and taking up unusual challenges. You don’t need to perfect any particular running technique, use top-of-the range gear of train for months in advance: the distances are doable, the routes and general atmosphere are fun and all you really need is a pair of running shoes!

Why run in the snow? 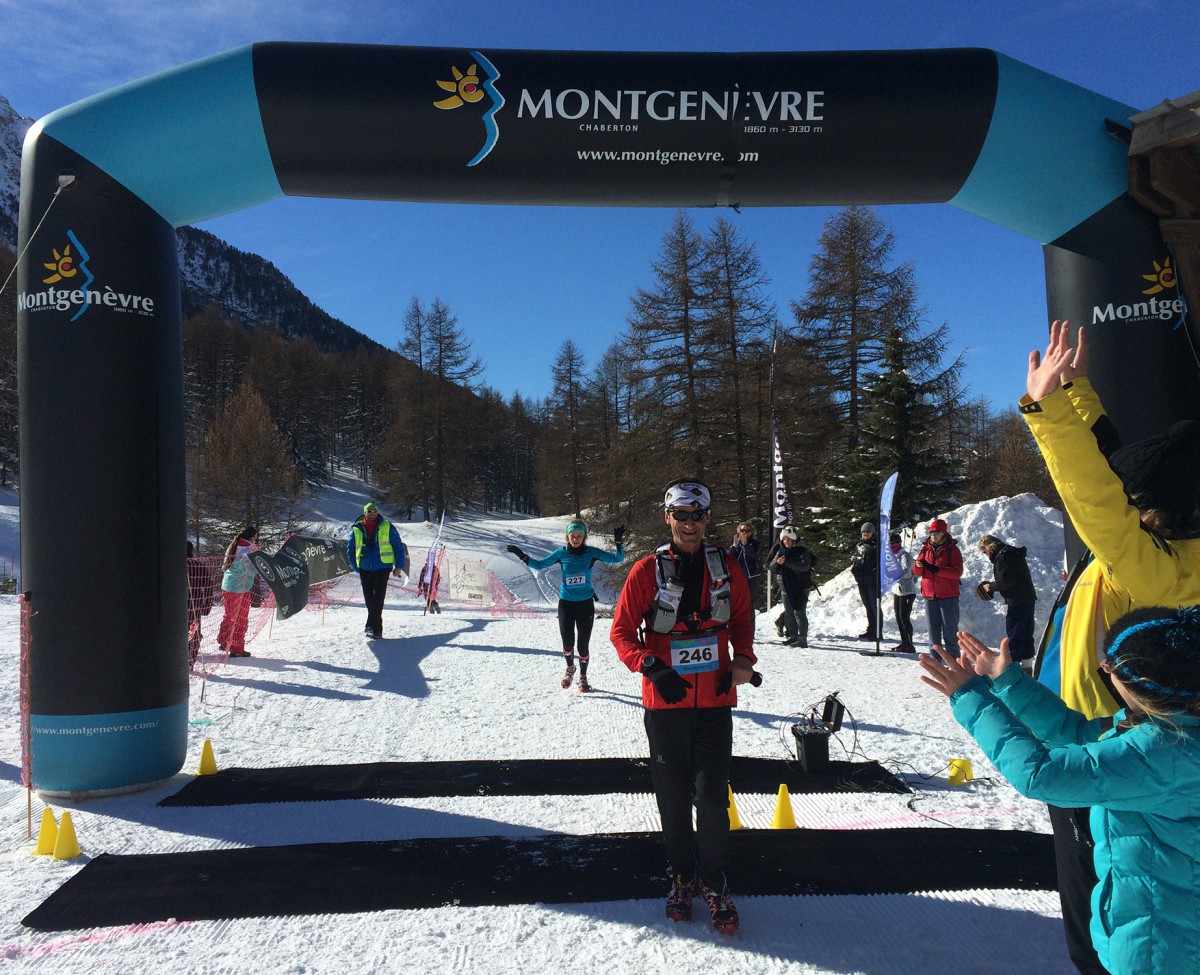 A unique kind of playground
For the fun of it! It’s not every day that you get the chance to run in the snow – a terrain that changes as you go: packed snow for trying out a new stride, powder for the pure fun of sinking into it, gently sliding down slopes and warming up on the way back up.
Top up those blood cells
“Sport is good for your health” plus “the good mountain air” equals a cocktail that’s 100% a winner! The reduced amount of oxygen at high altitude increases the number of blood cells - all good for your body. Running at high altitude might leave you out of breath but you’ll feel the benefit when you’re back down in the valley. The blood cells that go to your lungs to capture the little oxygen there is at high altitude will help burn more energy and improve your performance in training sessions. An extraordinary version of doping – but completely natural!
Beautiful landscapes
Could there be anything better than getting way from the running track and exhaust fumes of the city and taking deep breaths of pure mountain air? You take it in through your lungs, but through your eyes, too – as you trace the ups and downs of the landscape as far as the eye can see, taking wooded trails on the lookout for wildlife. The sound of your breath and your footprints in the snow are all that you leave behind. All is peaceful and sound is muffled – like running on velvet.

So how do you run in the snow? 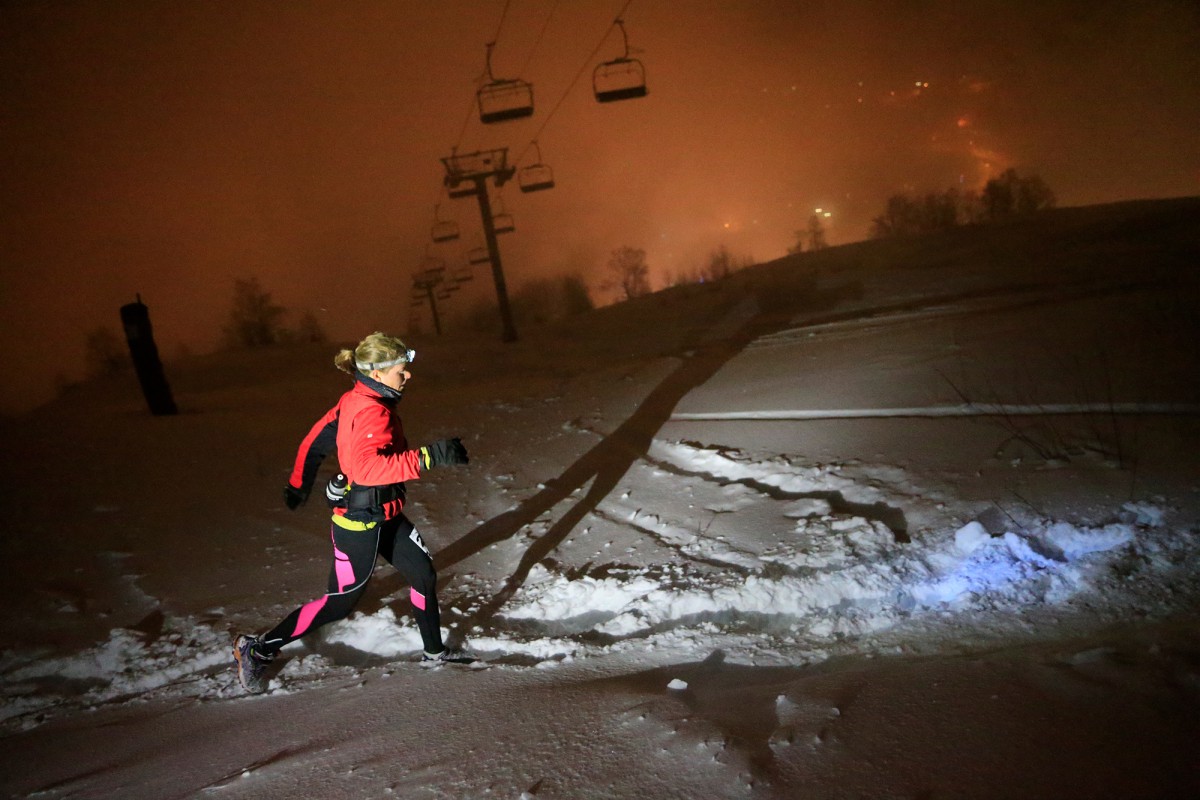 Gear
If you want to keep it basic, you can get away with just a pair of trail shoes with crampons. But if you want to be completely comfortable and protected from the cold and wet, you should really have the proper gear:
Winter running trousers/tights (fleece inner/water repellent outer)
System of 3 layers on the upper body: a breathable base layer, a second warm layer and a water- /wind-proof jacket
Thin water-proof gloves
You might want to add a head-band for extra warmth, drink bottle (you sweat less but you still need to keep hydrating) and possibly chains for your shoes to stop you slipping over.
Two by two
There are plenty of snow trails you can do in pairs, so why not take someone along with you – a fiend, partner or colleague, maybe? Enjoy a different kind of escapade where you help each other out as you slide downhill and attack the slopes. And create shared memories at the same time!