We’ve been waiting for 25 years, but the wait’s paid off; 2017’s peloton will be back in all of France’s  mountain ranges this summer! The route will highlight both the variety and the beauty of the 5 mountainous areas covered by the world’s cycling élite. Let’s take a look at the stages that will welcome both cyclists and spectators!

1992 - a lifetime ago! After a 25 year wait, the Tour de France is finally back in the French mountains for its 104th year! The Vosges will kick off the mountain festivities, before passing the baton onto the Jura and the Northern Alps. Mid-route, the Pyrenees may well shake up the overall ranking, before the Massif Central and the Southern Alps crown the 2017 winner of the yellow jersey.
Vosges - Wednesday 5th July: Vittel / La Planche des Belles Filles
A short but not so sweet climb!
After the short yet demanding ascent of la Planche des Belles Filles, the riders’ arrival at an altitude of 1,148 metres promises to be spectacular. Following a 160km ride, this 6km uphill section with gradients of 20% in places is likely to separate the men from the boys.
Nearby resort: St Maurice sur Moselle
Jura – Saturday 8th July: Dole / Resort of Les Rousses
100% Jura
The 8th July will see the 8th stage take place in the Jura region. Whilst there won’t be any major climbs, the route will be dotted with hills and descents. This hard going stage will require riders to manage their physical effort as they go uphill, with active recovery on the descent.
Nearby resorts: Monts Jura, Métabief
Northern Alps - Sunday 9th July: Nantua / Chambéry
The Mont du Chat
This Sunday stage will pass through 4 mountain departments, starting with the Jura, then onto the Ain and the Haute-Savoie, before finally arriving in Chambéry, Savoie. The programme comprises the ascent of the legendary Grand Colombier (HC climb) over the Directissime with gradients of up to 22%, before climbing 8.7km up the Mont du Chat in Savoie (back on the Tour’s map after a 43 year absence), with an average gradient of more than 10%. The unrestricted views from the top take in Bourget Lake with Mont Blanc in the background, as well as the 360° views of the Bauges, Chartreuse and Belledonne mountain ranges.
Nearby resort: Aillons-Margeriaz
Pyrenees - Thursday 13th July: Pau / Peyragudes
The Tour’s longest stage
214km. This is the longest stage of the 104th Tour. Starting out in Pau, with the Pyrenees stretching ahead of them, riders will face 3 major difficulties: the Col du Menté at an altitude of 1,349 metres, followed by the climb up to the Port de Balès with gradients of more than 11%, before finishing off with a stint of 16% over a distance of 200 metres on Peyragudes’ altiport!
Nearby resorts: Peyragudes, Grand Tourmalet and Saint Lary Soulan

Pyrenees – Friday 14th July: St Girons / Foix
100km
During France’s National Day celebrations, the Tour will make its way towards the Pyrenees with a 100km stage. Although the route is less demanding than the previous day, it won’t be any less of a challenge. The Mur de Péguères awaits cyclists at the 73rd kilometre, with sections reaching gradients of a mere 18%! The riders might not be in the mood for celebrating after that!
Nearby resort: Ax les Thermes
Massif Central – Sunday 16th July: Laissac-Severac l’Eglise / Le Puy en Velay
Col de Peyra Taillade: a first
Whilst this might not be a mountain stage, it is definitely a high-altitude one. Riders will be fighting to the finish line on the Plateau de l’Aubrac, at an altitude of more than 1,000 metres. With gradients of 14% in places, riders will discover the spectacular climb up the Col de Peyra Taillade for the Tour’s first time ever!
Nearby resorts: Le Lioran, Le Mont-Dore, Besse Super Besse
Southern Alps – Wednesday 19th July: La Mure / Serre Chevalier Valley
The Tour’s highest point
Riders will be giving it their all in the battle for the yellow jersey today. The 17th stage of the Tour will set off from the Plateau de la Matheysine in the Isère department, and see riders heading towards one of the largest ski areas Europe, Serre-Chevalier in the Hautes-Alpes. However, on the way to their destination they‘ll be tackling the Col de la Croix de Fer and the Télégraphe, before getting to grips with the Tour’s highest point - the Galibier at 2,642 metres, back after a six year absence!
Nearby resorts: Valloire, Valmeinier, Saint Solin d’Arves, Le Corbier 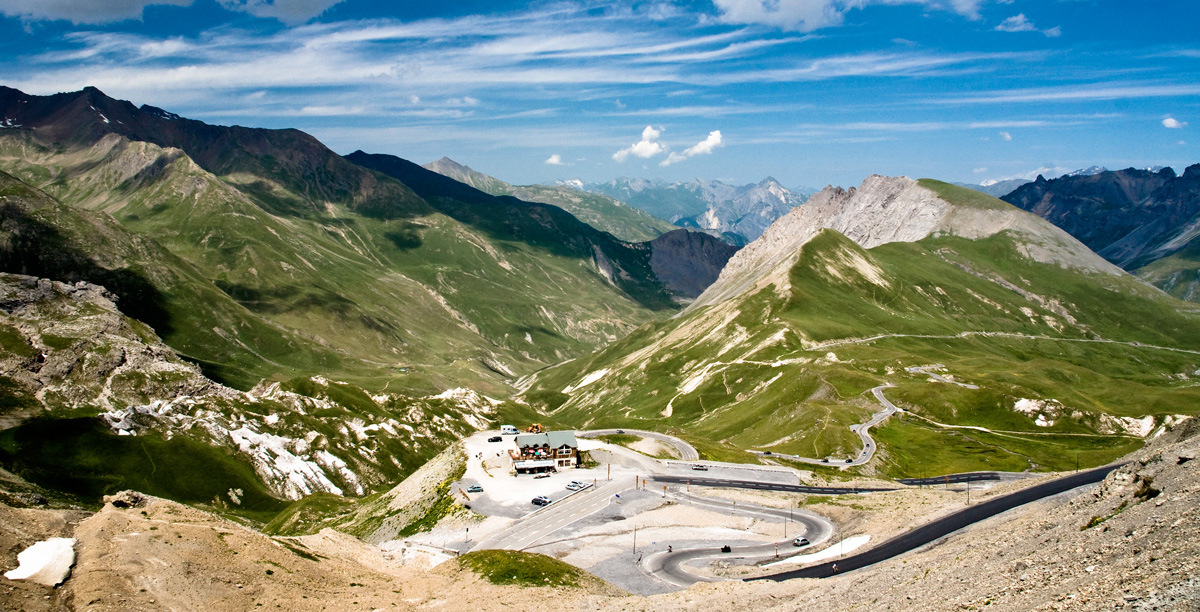 Southern Alps – Thursday 20th July: Briançon / Col de l’Izoard
A lunar landscape
Focusing purely on the Southern Alps, this final mountain stage will probably be the most exhausting. Half-way along the route, Barcelonnette will be a second departure point with the Col de Vars at an altitude of 2,109 metres in the line of fire. From then on, the landscapes of the Queyras will become rockier and more mineral, almost lunar, especially as riders pass through the Casse Déserte; a geological curiosity like something out of Star Wars. Just another 2km until they reach the Holy Grail that is the summit of the Izoard, with an average gradient of 9%.
Nearby resorts: Serre Chevalier, Vars, Montgenèvre
0 comments
0 votes