Brice Le Guennec, from Valloire, is a pro snowboarder & co-founder of Galibier Brewery. 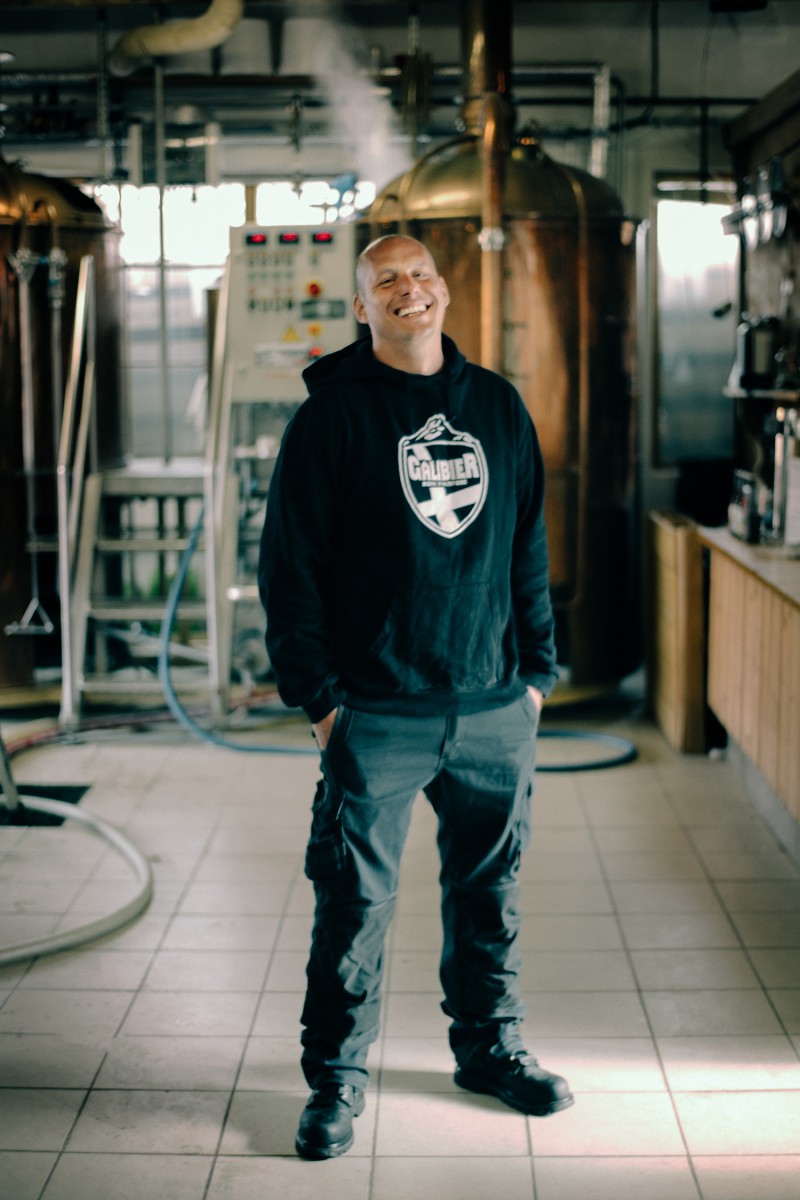 The Alps change constantly and are a continual source of inspiration. The seasons bind but never resemble one another; no landscape or moment is ever identical. You have to be pretty cold-hearted not to be moved or influenced by this powerful nature we have in the mountains.
Valloire was one of the first ski resorts in France but it’s never fully thrown off its roots as a farming village. You can still visit local farms to buy your milk and cheese, and it’s not unusual to spot cows, goats and even llamas about the place. That’s what makes it so special and unique, it has this wonderful blend of modern and traditional.
The first time the French Snowboard Championships were held in Valloire I said to myself: “That’s what I want to do.” Some years later that’s exactly what I did, I became a professional snowboarder. It wasn’t easy but the pull of wanting to make the mountains my life was strong so I knew I had to make it work.
These days I run the Galibier brewery in Valloire, at an altitude of 1,450 metres. I create new flavours and textures alongside the very people I grew up with, my best friends from childhood. We were all in nursery together.
I was a member of the French Snowboard Team from 1996 to 2002. In 2000 I was in the United States when I got injured. It was a tough and lonely time but out of that solitude grew the seeds of an idea to create a brewery in Valloire. It took many more years until it became a reality. I did internships in breweries, I was trained, it became a passion. But one factor was essential: stay in Valloire. We have a perfect water quality here so we had to produce a homemade beer.
In 2010, we opened the brewery. Our beers are traditionally and artisanally-brewed. They’re made from local spring water, which comes from the glaciers, and the best barley malts and wheat on the market. We use rare and rigorously selected hops, as well as unique yeasts specially cultivated for Galibier. To preserve the original flavour of our beers, we don’t add preservatives or carbon dioxide.
The mountains never cease to surprise. They evolve, they transform, they bring new experiences. I learn new things about them and myself every day. Driving through the valley one dark and foggy day last October, two dogs suddenly appeared before the car. By the time my friend and I got out to move them, two more had appeared. As we got closer, I realised they were actually wolves. A domineering mother and three hungry cubs. Then, in the blink of an eye, they disappeared as fast as they arrived.
Mountain life is never the same; the rhythm of it changes from very calm to very fast in the blink of an eye. When you’re used to it, this perpetual change is a luxury. It’s something we’re always trying to achieve at the brewery: evolution. I love creating new beers and flavours and allowing our customers to discover them. You need to keep adapting, and I love that, just as the mountains never have the same face but I find each of them beautiful.

The mountains never cease to surprise. They evolve, they transform, they bring new experiences.