Thierry Thorens, from Morzine, is both chef and sculptor. 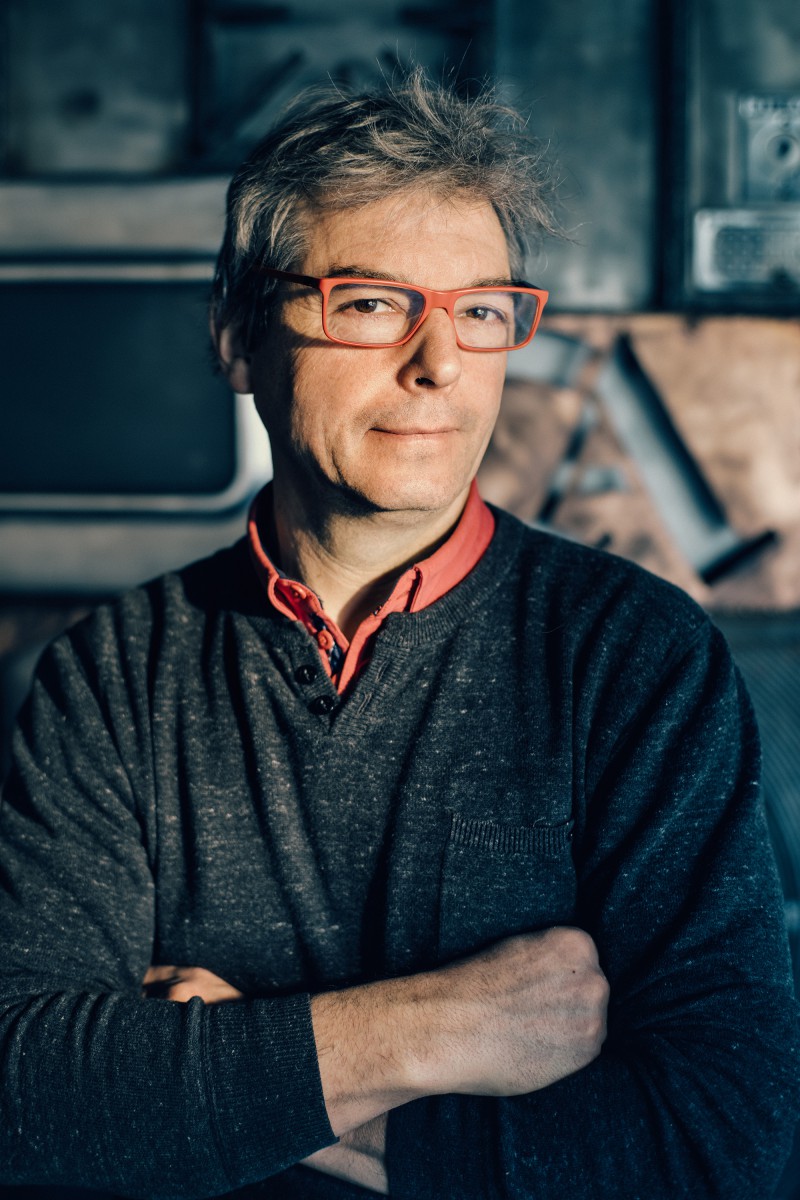 My love and appreciation for the mountains of Morzine come from spending my childhood here. I used to roam the pastures with the herds; it’s something you might still catch me doing from time to time.
I learnt my trade in some top kitchens with incredible chefs, including Paul Bocuse, whose restaurant in Lyon has a rare and much-coveted Michelin three-star rating. But my love of cooking comes from my mother. She passed on recipes and secrets nurtured by Haute-Savoie mountain communities over generations. The kind of original local stuff you wouldn’t normally find in a cookbook or food blog. How best to cook a black pig or make a pike mousse, for example.
My mother and father opened Morzine’s first restaurant in 1969. They served up homemade pancakes to hungry skier families as they came off the mountain. A few years later they opened Club Chamade, which was popular with the party crowds, who dined on wood-fired pizzas by candlelight.
Given this long history, it made perfect sense for me, along with my wife Valerie, to open La Chamade in Morzine. I try to make the menu reflect the region’s values, while also remaining inventive and current. It’s a gourmet experience, but also a place that welcomes artists, locals and holidaymakers alike.
It’s a busy life running the restaurant and my friends always joke about my lack of free time but I wouldn’t change anything, I am doing what I love in a place that I love, so it doesn’t feel like work.
When I’m not cooking, I can be found sculpting, writing or looking for flowers and herbs on mountain pathways in Morzine and the Chablais.
The way that mountains naturally evolve has a huge influence on my work. The mountains shape the raw materials I work with, be that the meat and vegetables that I cook with or the timber for my sculptures which adorn the restaurant. There isn’t one element I touch that isn’t defined by this environment.
It’s the same with the change of seasons. Working with the seasons encourages sustainability, and is a regular source of inspiration for me. Spring is definitely the face of the mountain I look forward to the most after the hardships of winter it’s wonderful to see the green produce, animals and flowers flourish once again.
One of the more odd spring memories I have is of looking out the front of the restaurant and seeing a squirrel crossing the street using the zebra crossing. Everyone stopped and waited, then life continued as normal. I felt as if I’d stepped into some kind of an alternate reality.
I love using this seasonal connection to help our guests discover Morzine culture through our local products. By engaging with the faces in the shops, visitors here can discover the area’s rich history and culture.
I’ve always admired this town’s evolution. How a culture based on farming has changed to tourism to allow us to remain here. And our restaurant, in a way, echoes this. It constantly evolves with the seasons and surroundings to offer a changing experience. If you’ve visited once it will be different the next time, as it is with every face of a mountain.

Working with the seasons encourages sustainability, and is a regular source of inspiration for me