The French resorts have continued to invest to provide more comfort for skiers, with the primary focus being the replacement of old ski lifts by new generation six seat detachable chairlifts.These upgrades are often accompanied by the reshaping and/or creation of new runs, more accessible to beginners and intermediate skiers.Here is an overview of the new winter features and facilities in the French mountains.

The French resorts have continued to invest to provide more comfort for skiers, with the primary focus being the replacement of old ski lifts by new generation six seat detachable chairlifts.These upgrades are often accompanied by the reshaping and/or creation of new runs, more accessible to beginners and intermediate skiers.Here is an overview of the new winter features and facilities in the French mountains.

On 16th February 2013, the new 3S Prodains Express cable car will enter into service replacing the old cable car.Linking Morzine and Avoriaz, this will be an alternative to the road link between the two resorts.The high-speed cable car will be equipped with twelve cabins with a capacity of 35 people (24 seated and 11 standing), and feature lighting, radio and large windows. Travelling at 7 metres per second, the journey across will only take four minutes. 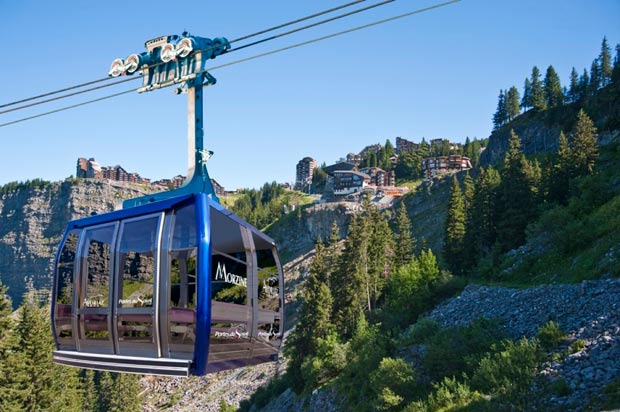 The new 6-seat detachable chairlift at the Crêt du Loup will replace the existing 3-seat detachable chairlift, increasing capacity from 1400 to 2700 people per hour.A pre-positioning moving carpet will aid skier boarding and increase security.Two drag lifts run alongside the new chairlift -the Stade draglift which retains its original route and Loup 1, which is shortened with the arrival point moved to be close to the Stade lift.

The Aup de Véran gondola lift has been renovated to double capacity with eight seat cabins (plus skis inside) instead of four previously.  The journey time is also slightly reduced. 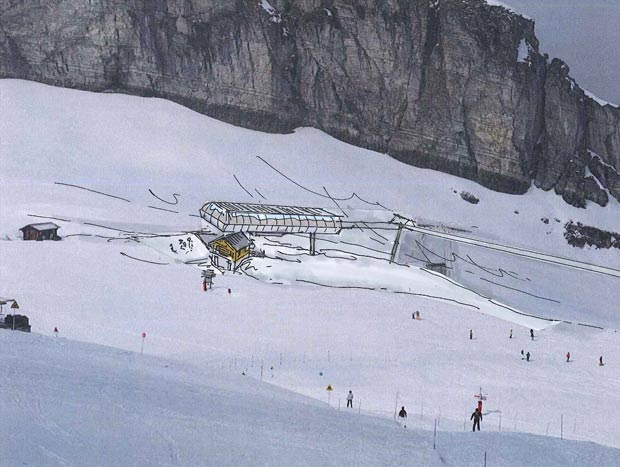 Samoëns is among the French ski resorts with the largest beginners’ areas (for both children and adults).  This winter, the resort has installed new equipment - theOratoire carpet lift to access the beginners’ slopes more easily.  Additionally there is a new fun course which completes the already large choice of routes in the Grand Massif, and the “Tubbo Samoëns” located at the entrance to the children’s' area, where families are welcomed. 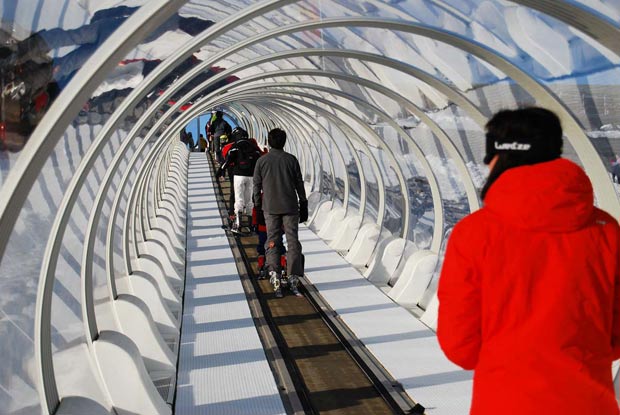 The snow park is now equipped with cameras to film your jumps.How does it work? With your ski pass, you identify yourself at the gate, and are then filmed by the cameras on two jumps. Once you have finished your acrobatics, you will be able to view them on the big screen at the bottom of the snow park. You can also download the video to your Smartphone or view it on the website www.videopark.fr. 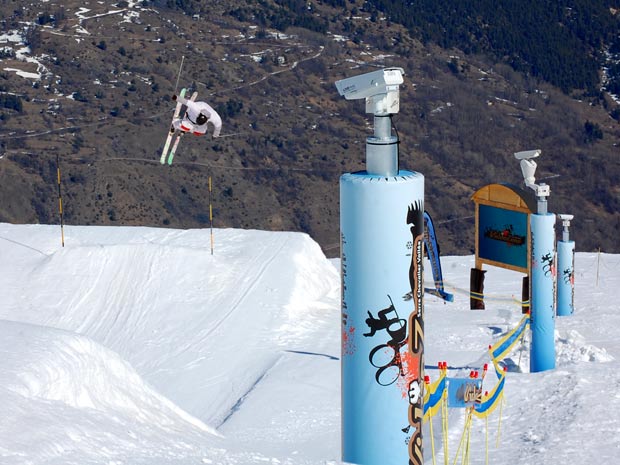 The snow front of Plagne Centre has been completely remodelled, for the comfort and circulation of skiers.The 4-seat Bécoin chairlift has been replaced by a 6 seat detachable chairlift with a capacity increased from 2400 to 3600 skiers.

The new 6-seat detachable Cornafond chairlift (capacity 3000skiers per hour) replaces the link between the Diseurs and the summit of the Sétaz, which was previously accessed by two difficult drag lifts and a two-seat fixed-grip chairlift.The departure is located 300 metres below the old equipment, with the arrival slightly higher, thus providing better access to the sector.The new chairlift also enables access to the blue Sétaz slope which has been reshaped.

The Rif Nel Express is the name of the new mixed lift (alternating seats and cabins) in the Bergers sector.This 1000m-long lift will enable access to numerous existing and newly created green runs.

A new generation 6-seat detachable chairlift has replaced the old Diable gondola. The route is almost the same (although the departure is 100m higher, next to the first hole of the golf course), but with an increased capacity of 2200 people per hour – over double that of the previous gondola.

Montclar (formerly Saint-Jean-de-Montclar) is now equipped with a six seat detachable chairlift, which will be the backbone of the resort.This Belvédère chairlift replaces the Plateau chairlift to move skiers to the Chau plateau (1950m), slightly higher than the old one.

The new six seat detachable Bergeries chairlift will serve the Bergeries and Peguieou sectors.  At 1461 metres long, with a 431 m vertical climb, it has a capacity of 2500 skiers per hour and a speed of 5 metres per second.

In Les Orres, the snow park has been renovated this year. The two existing zones – a boarder cross and a slope style area - have undergone changes. The boarder cross now has more terrain variations (banked corners, whoops, tables…) for different ability levels.The slope style area also has new elements.But the main new feature is the creation of a new course - thesnake run - a fun freestyle area especially for beginners. Now everyone can try out the latest sliding trends! 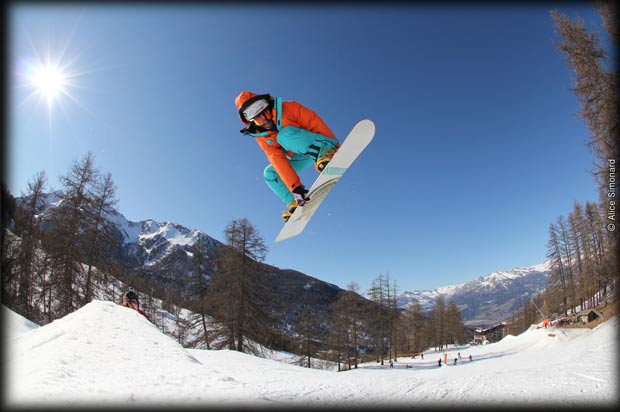 In Le Sauze, a new six seat detachable chairlift, le Brec, departs from Sauze 1700 to arrive at an altitude of 2200m.The journey lasts around five minutes, with a capacity of 2000 skiers per hour.This chairlift enables direct access to the snow park and the competition stadium, as well as the altitude restaurants.It replaces two drag lifts, le Brec and le Slalom, which have been removed.

The family-oriented resort of Valberg has improved its Family Park -a fun course for all, whatever your level of skiing - located on the Joubardes and Clot de Maty pistes.New elements and games have been added this year – including the dancefloor (which enables you to do turning moves, as if you were dancing) and the wall ride (an element raised on the side for high moves)…www.valberg.com

New at Montgenèvre for this year is a Nordic Park - a fun discovery area for cross country skiing. With an area for slalom, turn practice, jump practice, gates to learn how to crouch down and get up again, slightly raised contours…everyone can learn Nordic skiing and balance whilst having fun. www.montgenevre.com 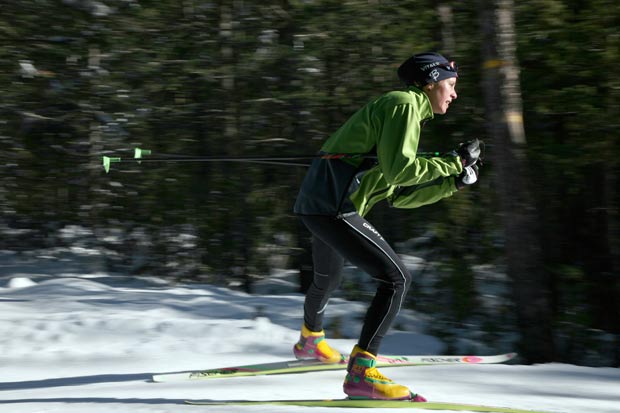 Vars has added a Ludopark this year - a fun course installed on the green Ecrins piste, with games, obstacles and figurines.This includes gates in the form of large wooden animals, or giant cowbells to ring with your ski poles as you go past.

This year, the resort has installed a real competition stadium capable of hosting national and international competitions.It will also be a valuable tool for athletes doing sports studies, alpine skiing hopefuls, ski clubs and schools. It will be open to the general public on some dates. 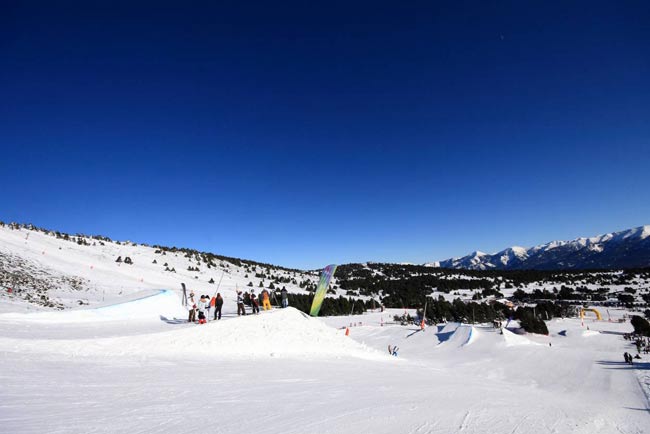 Some 30 000 Euros have been invested to improve the snow park with three traditional jump lines and seventeen new elements.This new generation DC Live Park also has two fixed HD cameras and a new detection gate which starts recording with your ski pass.

This year new slopes have been created in the resort, sponsored by Carole Montillet. The Georges Bouvet, in honour of the former mayor of the town, is a red run which enables you to return from the top to the centre of the resort, without using the family run (used by many beginners).The second run, the Blocs, is a red run on the Plomb du Cantal.Last but not least, surfing on the popular trend of theme runs, the resort has created the ‘cheese run’ - an original, easy run, with twelve signs describing the AOP cheeses of Auvergne - used in many mountain recipes - including Cantal, Saint-Nectaire, Fourme d’Ambert, Bleu d’Auvergne and Salers.

Having previously installed the six-seat Volgone Express chairlift, to improve the original Vologne sector, the resort managed by Labellemontagne has invested in a new boarder cross concept.Named ‘Waouland’, it offers a fun, easy area, but with a tricky course for teenagers - withnatural obstacles, jumps, banked turns, whoops - all decorated with a trendy theme.

Several runs have been modified this year in Ventron, including the widening of the black run by the removal of one of the two drag lifts.Snow cannons have been installed on the Riant run, whose departure has been raised, which should ensure snow cover until the end of the season.