Yes you’re on holiday, but you still want to stay connected! These days it’s just as important to pack your laptop, tablet and smartphone, as it is your ski jacket! A digital revolution is currently taking place in our mountain resorts, enabling you to stay connected even on the slopes, so you can share the joys of snowsports in real-time.

According to a study carried out by Openoox.com, only 4% of French people go totally offline when on holiday. For more than 80% of them, WiFi access is part of the selection criteria when choosing their holiday destination. Regardless of their age, increasingly holidaymakers want to be able to read or send emails, search for information about where they’re staying, and post photos and videos about their snowy adventures on social networks. The resorts have taken these new behavioural patterns on board, which in turn help to raise their profile via the Web and online communities, and they are investing left, right and centre in order to attract new customers. As one of the first resorts to install WiFi on the slopes, Val Thorens now has WiFi access in 18 ski lift stations.

How to stay connected wherever you go

In the Pyrenees, seven resorts, including Peyragudes, Le Grand-Tourmalet and Saint-Lary-Soulan set up fibre optic or digital radio transmissions systems last year. They can now offer visitors a WiFi hotspot known as HAPPY Wifi, through which images of stunning panoramas, taken from the many different photo points across the ski area can be sent. The same goes for La Tania, Chamrousse, Méribel and La Plagne. In Val Thorens, images posted onto Instagram and Twitter are also shown on the resort’s webcams! And should open access to Wifi not yet be available, there is an abundance of practical solutions. Take Les Gets for example, who launched pocket WiFi rental this winter (49€ per week). Equipped with 3G or 4G, it can connect up to 10 devices at once; surely enough to keep the whole family happy! 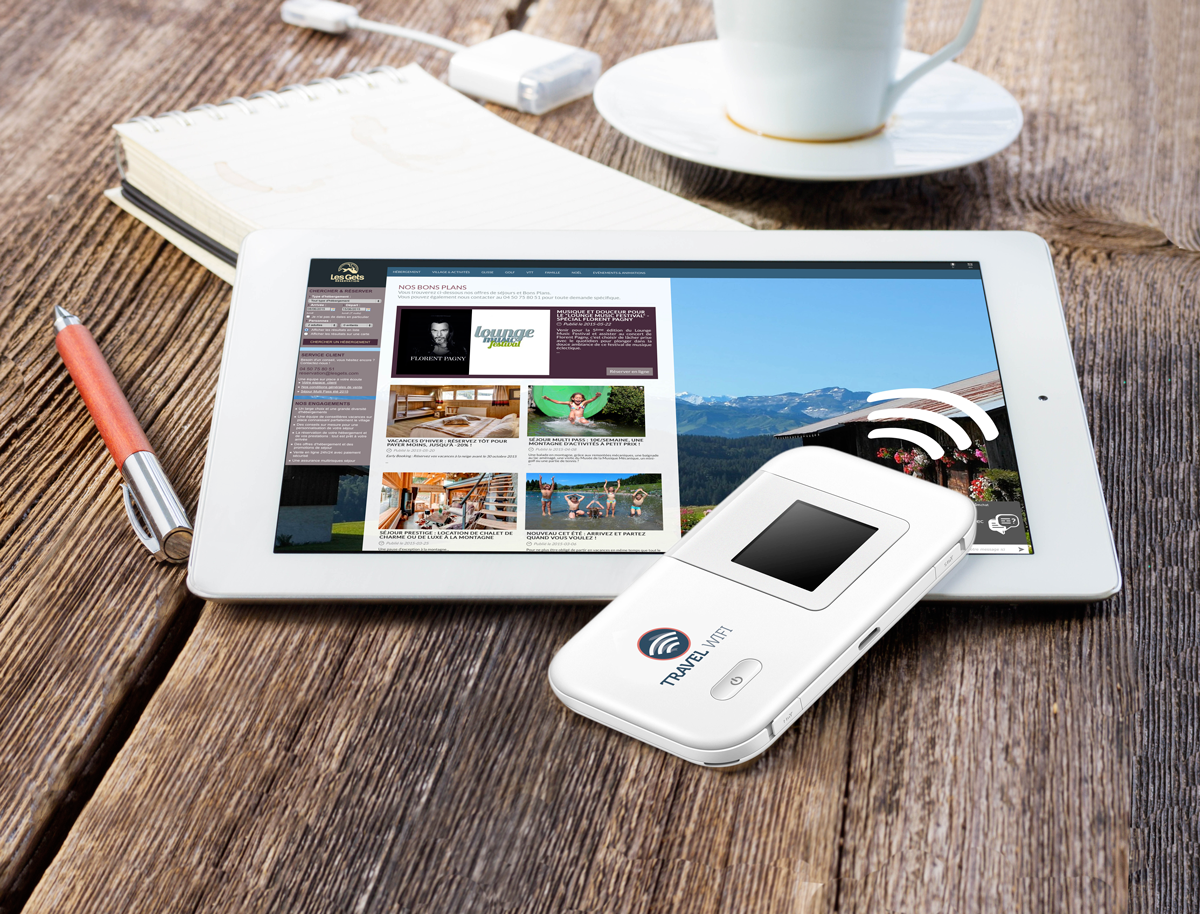 A flutter of free apps!

Mobile applications have become a big favourite of French resorts. New, more comprehensive ones are launched each winter. A veritable 2.0 Swiss army knife, they guide holidaymakers throughout their stay, alerting them of any fresh snowfall (as with Val Thorens’ powder alerts), allowing them to find their geolocation and that of their friends (as with the N'PY resorts app), adapting itinerary suggestions and activities to suit the skier profile and snow conditions (Paradiski’s Yuge app for La Plagne/Les Arcs and Val d'Isère’s mobile app). Paradiski Yuge even gives you access to any photos or videos you’ve taken on the Paradiski ski area, which is a great idea, especially if you’re a bit absent-minded!

You no longer need an on-board camera or someone else to film your exploits on the slopes. Increasing numbers of ski areas have set up automatic photo and video facilities. In Saint-Gervais Mont-Blanc, a new video zone awaits riders to mark the expansion of the ‘Charlotte la Marmotte’ fun area. As soon as you enter the zone, your hands-free ski pass is detected, automatically triggering five cameras that film you as you go through. You can retrieve the footage at the bottom of the zone and upload to your smartphone, or upload it at a later time if you prefer. The same principle applies in Le Grand-Bornand’s VidoparkGB, as well as on the new video zone on Val Thorens’ Jean-Frédéric Chapuis skicross slalom. Born and bred in Val Thorens, the Olympic champion is the lead character in a new webseries and a community of riders known as the Fight Ski Club. Did someone mention virtual reality…?!