Sunshine, warm weather, aperitifs on the terrace, and festivals… Summertime is here! For a combination of music and cool refreshment, make your way up to the mountains! The best of the national and international music scene awaits you at the summit, with a series of concerts set against panoramic backdrops. Take a look at the programme!

From the 6th to the 15th of August
Barcelonnette celebrates Mexico with "Les Fêtes Latino-Mexicaines".
In the 19th century, several thousand “Barcelonnettes” set off on a Mexican adventure. Now, every year the town celebrates its unique history. A colourful, exciting festival with concerts, parades, Mariachi bands, dance lessons, exhibitions… guaranteed to transport you a world away!
From the 11th to the 17th of August
40 internationally renowned teachers offering over 130 hours of lessons of all kinds. Something for all abilities.
From the 18th to the 24th of August
Val Cenis welcomes tango masters, as well as amateurs and enthusiasts from around the world for the 13th edition of its International Tango Festival. A week of courses, concerts and demonstrations that attendees can either join in with, or simply admire the twirling couples from the side lines. The highlight of the show: ‘La Milonga des Nuages’, bringing together all the dancers at an altitude of 2,000 metres for an afternoon of tango next to Mont Cenis Lake.

From the 6th to the 10th of July
Le Vercors Music Festival returns this summer with a varied musical programme, combining renowned artists with local up and coming talent. At the heart of the stunning setting where Vercors rises up at the confluence of the northern and southern Alps, traditional French and international music will sit alongside modern music, rock, jazz, world music, hip hop and electro on a programme that’s both discerning and eclectic. 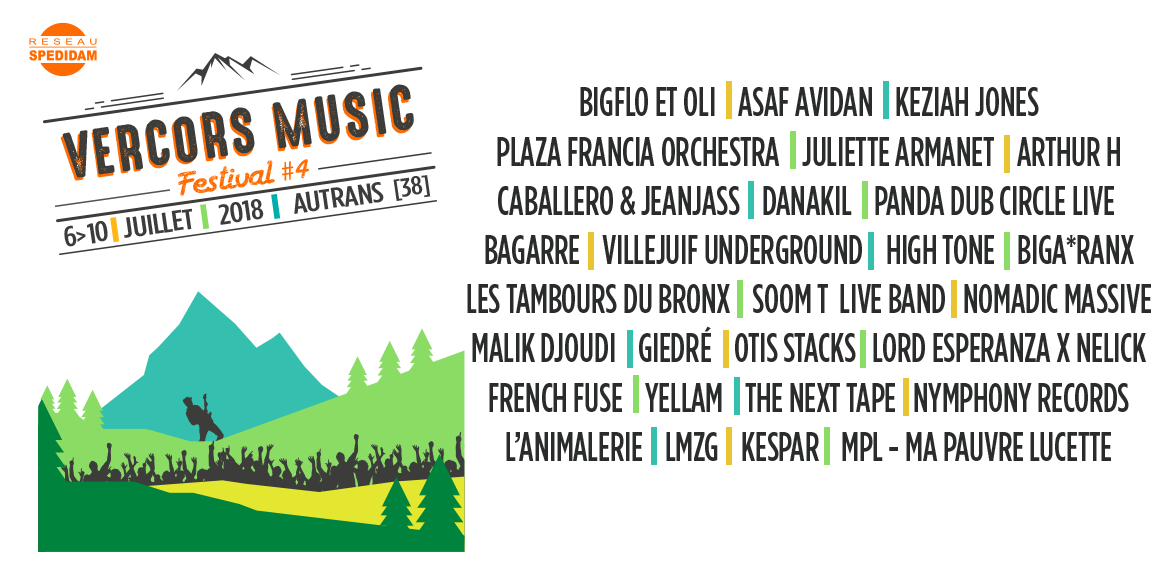 21st and 22nd of July
The 18th edition of this festival promises to be a true artistic spectacle in Les Gets village. Over the course of a weekend, once again over 400 participants are expected to come from all over Europe to animate the village’s streets and squares, which are going to be transformed into an enormous ticking clock set to music. A hundred shows, conferences and concerts are on the programme, with something for all ages. Feast your eyes and ears on the automatons, barrel organs, fairground organs and other instruments… the overall theme this year is “Mechanical music and time”.
From the 26th to the 28th of July
Three evenings of concerts featuring pure, unadulterated music, a wonderful experience to share.
27th and 28th of July
Modern music concerts in Le Haut-Doubs every summer. Around 24,000 people are expected to attend this unmissable Franche-Comté event every year. From rock to ballads to reggae and electro, for 17 years La Paille Festival has offered a stunning panoramic slice of the regional, national and international music landscape.
6th to 19th of August
The resort of Les Gets is turning into a giant concert hall for a festival showcasing the cool, relaxing style of lounge music. Over 40 free concerts will be taking place in the village’s various venues. Every afternoon until the evening, audiences can go from one terrace to another, following their whims, guided by the sound of eclectic music ranging from blues to reggae, to pop and jazz, while little ones can take advantage of the musical atmosphere by taking part in special workshops…
From the 23rd of June to the 25th of August
A programme of music, equestrian shows, St John the Baptist day celebrations, and an evening of fireworks...
From the 16th to the 18th of August
The Festival has become an unmissable event in the Giffre valley, made up of 3 fun, friendly evenings to enjoy with family or friends. It is distinctive thanks to its artistic programme revolving around the guitar and the varied styles of music inspired by it or that work their magic through it.
For the 4th consecutive year, the Festival is rising even higher and offering a brand new third late afternoon event, Friday the 17th of August, at the top of Haut Fleury, at an altitude of 2,000 metres. Le FestiGrat’s is completely free! 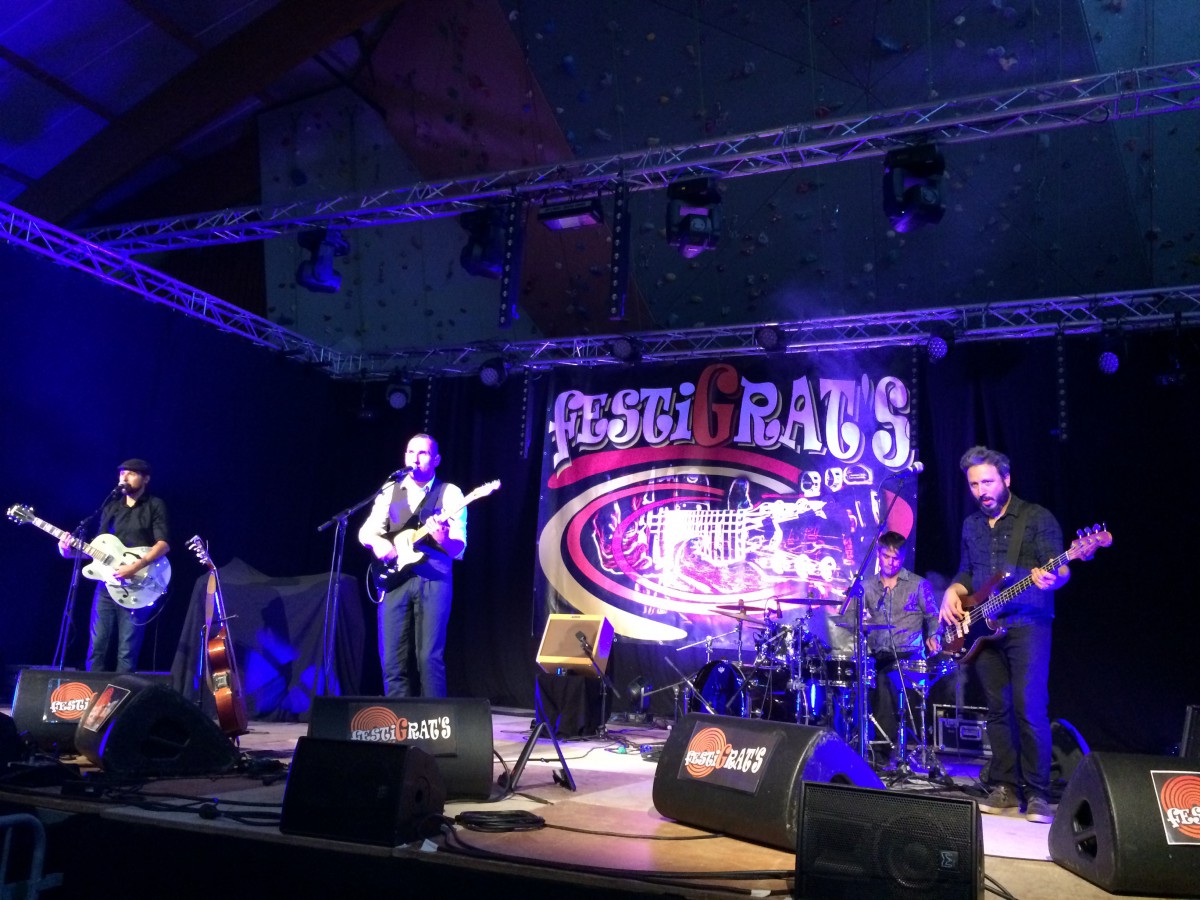 From the 15th of July to the 1st of August
Free classical music concerts given by internationally renowned musicians.
Showcasing works by the composer Bernstein. The theme: celebrating the 100th anniversary of Leonard Bernstein’s birth, exploring the American chamber music repertoire from Romanticism to the present day.
From the 23rd of July to the 1st of August
This summer, the Valloire Baroque Music Festival will showcase Monteverdi’s operatic airs, madrigals, religious compositions… brought to you by, among others, Leonardo Garcia Alarcon, Jérôme Correas, Jean Tubéry, Solistes XXI...  14 performances (concerts, improvisation, dance workshops), as well as 6 La Traverse concerts (‘le Off’) over the course of the 10-day festival, including a singalong for choir members.
24th and 25th of July
This summer, the magical setting of the biotope artificial lake will be transformed into a music venue, with a new PianO du Lac performance. A piano, a cello, an enchanting voice drifting across the water, adding up to an experience of absolute wonder enhanced by the poetic setting. In the second part of the evening, a floating stage will welcome a local band. 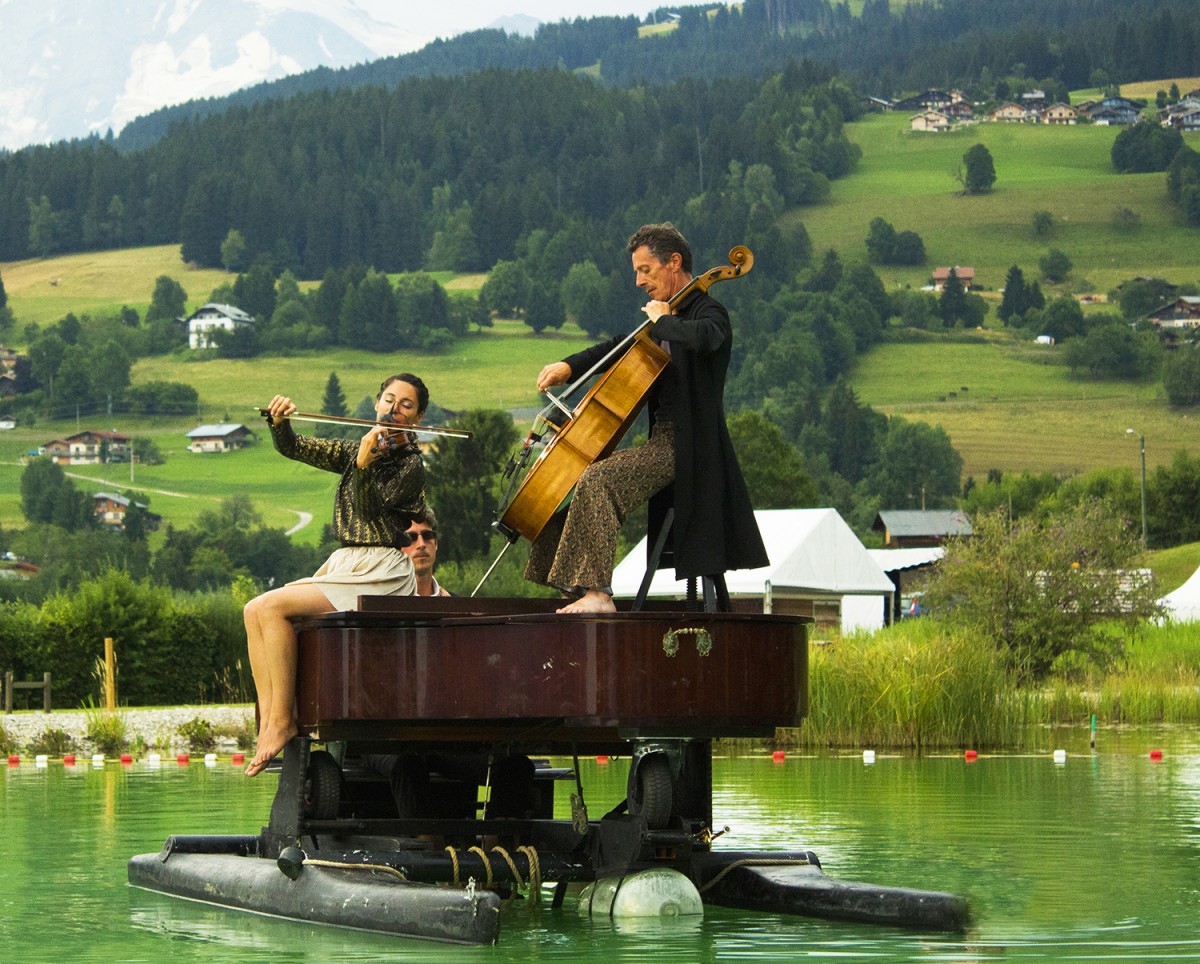 18th to the 22nd of August
Artists from the National Institute of Music Hall Arts await you in the magical setting of Lac Bleu for shows combining comedy, singing, dance and performance of every kind. Let yourself get swept away by entertainment that fizzes with energy and is sure to delight all ages! 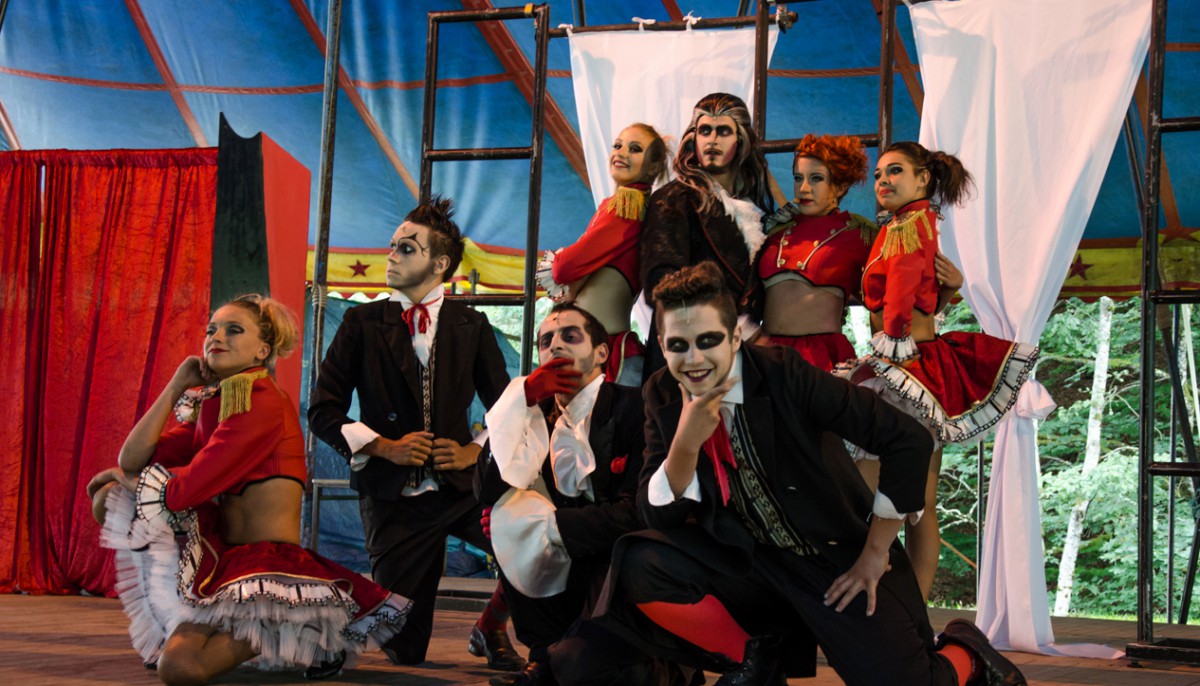 25th of July 2018
Every summer, this superb symphonic music concert and pyrotechnical show attracts thousands of spectators. In an exceptional setting at the foot of Courchevel Le Praz’s Olympic ski jumps, fireworks combine with music by the Minsk symphonic orchestra, conducted by the talented Andreï Galanov. The theme of this edition is Tchaïkovsky’s Nutcracker ballet. 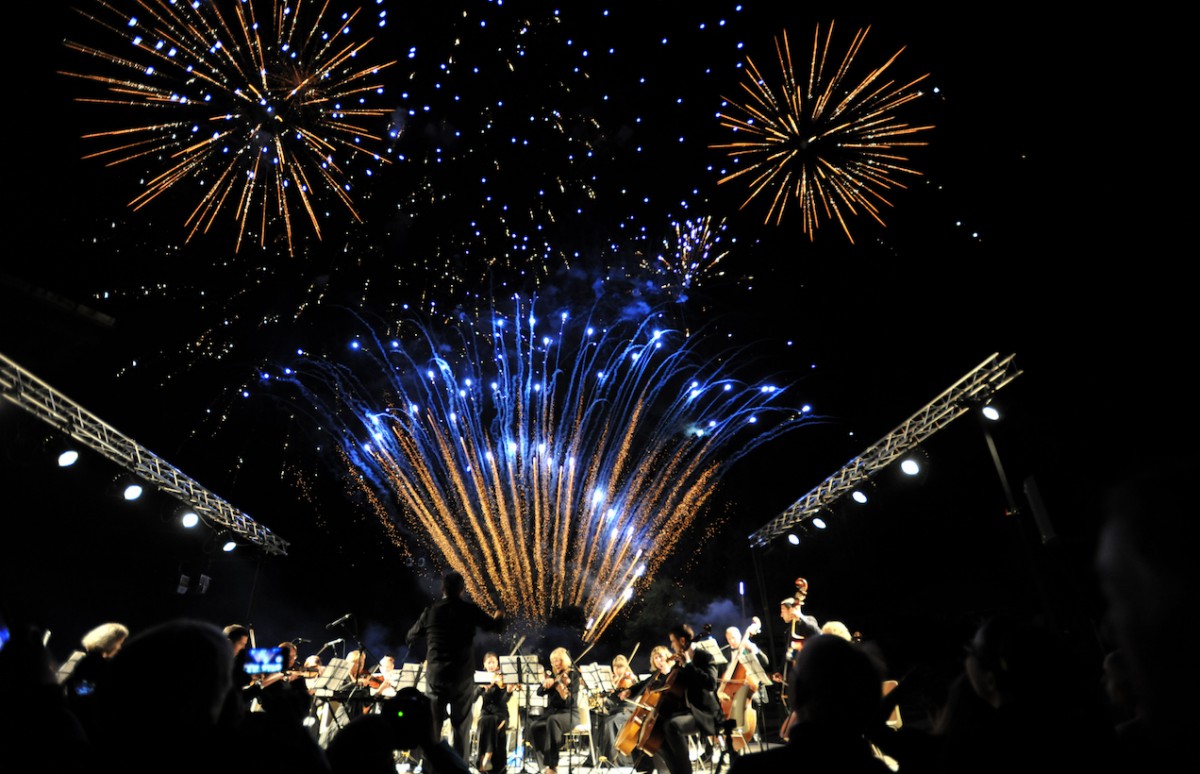 Jazz Notes at the summit

From the 6th to the 8th of July
For six years, the festival has offered an eclectic programme and free concerts. A 3-day festival and over 10 free jazz concerts in the grounds of Brides-les-Bains’ thermal spa. Nationally and internationally renowned groups each take turns in the evenings against a scenic backdrop. In the afternoon, visit the kiosk to follow local or regional groups.
From the 26th to the 28th of July
This musical event brings together 4 headline acts and over a hundred young people from all over France, with jazz teachers in residence and internationally renowned artists. Selah Sue, Keziah Jones, Electro Deluxe, Sandra Nkaké in concert!
9th to 11th of August
Every summer for nine years now, jazz has set up shop in Montgenèvre for this colourful festival. This year, Manu Katché, Natacha Atlas and Stefano Di Battista are all on the bill.
Photos : Lounge Music Festival - Les Gets / Festi'grats - Praz de Lys Sommand / PianO du Lac - Combloux / INM / Courchevel
LE SAUZE AVORIAZ 1800 VAL CENIS AUTRANS-MEAUDRE en VERCORS LES GETS SAINT FRANCOIS LONGCHAMP METABIEF LES GETS LES 7 LAUX PRAZ DE LYS SOMMAND LES ARCS BOURG ST MAURICE VALLOIRE COMBLOUX AILLONS- MARGERIAZ VARS MORILLON COURCHEVEL GERARDMER BRIDES LES BAINS MONTGENEVRE
0 comments
0 votes