Most French resorts now have a more or less extensive snow park.We have selected 5 of the most prestigious in Europe.

Most French resorts now have a more or less extensive snow park.We have selected 5 of the most prestigious in Europe.

Made famous by the X Games, the Tignes snow park offers something for all levels over the different sectors of the ski area. For example the Swatch Snow park, accessed by the Grattalu chairlift, is equipped with the Shoot my Ride video system, which enables riders to see their figures on a giant screen and share them on social networks. Ski cross enthusiasts have the choice between the Easy Boarder area close by or the Gliss’Park on the Millonex piste.  There is also the option of the new Big Airbag jump. Seasoned riders can even test themselves on the X Games Super-pipe at Val Claret.

With its 12 year history at the Toura sector, the snow park at Les 2 Alpes was a pioneer, but has always remained at the cutting edge. The Olympic super-pipe, shaped by the master hand of Sylvain Garabos, attracts the best European freestylers. Slide Zones let beginners and intermediate riders have fun, whilst for children, the Kids Park on les Crêtes is ideal for learning without fear. And for those who want to impress the audience, the Big Airbag on the snow front lets you test new tricks, with advice from on-site experts. 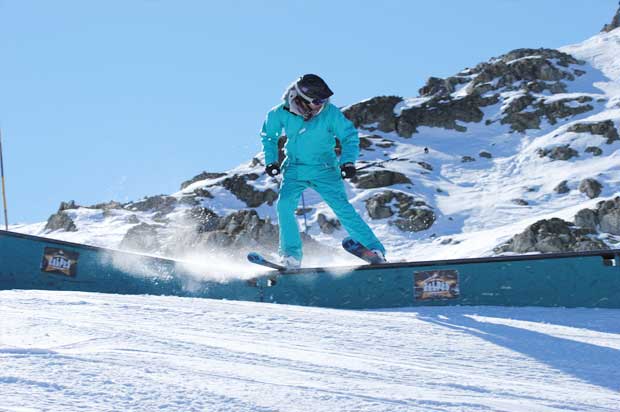 The Avoriaz snow park, renamed Snowzone, has something for all levels. The little ones – from 3 years old - can try out the Burton Kids Parkway in the heart of the resort. Beginners to advanced riders can test themselves at la Chapelle, whereas advanced to expert riders can move on to the Arare snow park.  Just next door, you will find two boarder cross courses – a blue and a red.  The Stash, with its one hundred wooden obstacles for all levels, is located in the Lindarets forest; for smaller riders, the Lil’Stash is located on the Proclou piste.  Finally, experts will enjoy the international-level Super-pipe located at the snow front. 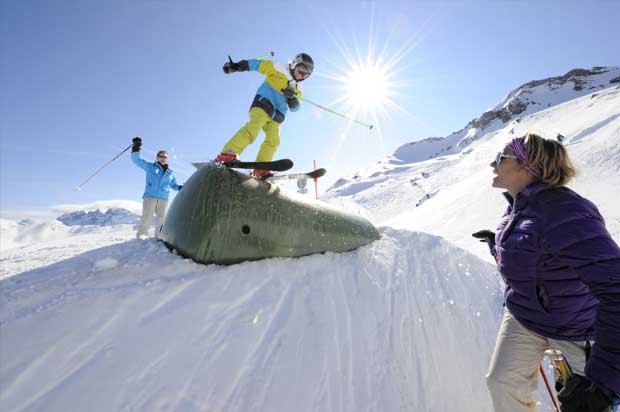 With its 6 snow parks, Vars reigns supreme in the Southern Alps.  The Eyssina Park with its 4 slope style lines, its boarder cross and its big airbag has something for all levels. The Kid Park, from 3 years old, is perfect for the freestylers of tomorrow. The Girly Park – designed for beginner girls – has sixteen rose-coloured obstacles. The Zako Park – new for 2013 – is aimed at beginners, and is open free-of-charge one evening per week during the school holidays.  The Escondus Park, for intermediates to advanced riders and the Totem Park, for intermediates to professionals, completes this magnificent playground in the Forêt Blanche.

You will find one of the most impressive Pyrenees snow parks in Saint-Lary – it celebrates its 20th anniversary this year. Mentored by the Delerue brothers, this fun course, accessible to all, can be found on the blue Combe de Saboures run. The freestyle area includes zones for different levels – blue, red and black - with jump and jib lines. For this 20th anniversary, twenty new obstacles have been added. The DC Live Park system lets you capture your runs using cameras along the lines, so you can improve or just immortalise your exploits. You can view and edit your videos then share 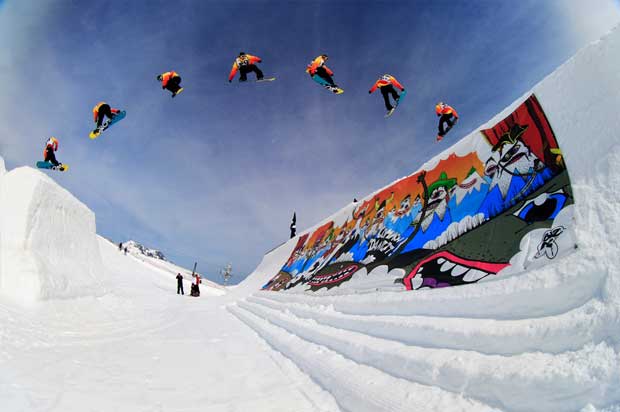