The mountains are stunning when they put on their white coats! With mythical or not so well known panoramas, here is our selection of the most remarkable viewpoints in the French mountains. Accessible to all - to be enjoyed without reserve!

The mountains are stunning when they put on their white coats! With mythical or not so well known panoramas, here is our selection of the most remarkable viewpoints in the French mountains. Accessible to all - to be enjoyed without reserve!

From the summit of the Pic du Midi, at nearly 3000 m high, the panorama is breathtaking, with snowy peaks covering the horizon! From the observatory terrace, 300 km of mountains extend from Catalonia to the Basque country. You can even see the first foothills of the Massif Central. Reach this belvedere with the Pic du Midi cable-car, from La Mongie Grand Tourmalet. You can also discover it by night -for a magical atmosphere!

The site of the top station of the Aiguille du Midi cable car, with its terraces at 3,800 m high, is the most well-known belvedere in France. Snowy summits as far as your eyes can see, and in particular the French, Swiss and Italian mountains over 4,000m : Le Cervin, le Mont Rose, les Grandes Jorasses, l’Aiguille Verte and, of course, the Mont Blanc. To the north, you have a spectacular view over the Chamonix valley below, and on the horizon, other mountain ranges - the Aravis, the Chablais, the Jura and the Chartreuse. Perfect for a live geography lesson!

The small Haute-Savoie family resort in the Pays d'Evian, has an exceptional view of Lake Geneva (Lac Léman) - the largest lake in Europe - over the Swiss and French Alps, and even as far as the Jura Mountains.  A magnificent view to discover with the brand new gondola which takes skiers and hikers to the top of the ski area for an even more panoramic view over this white and blue landscape! 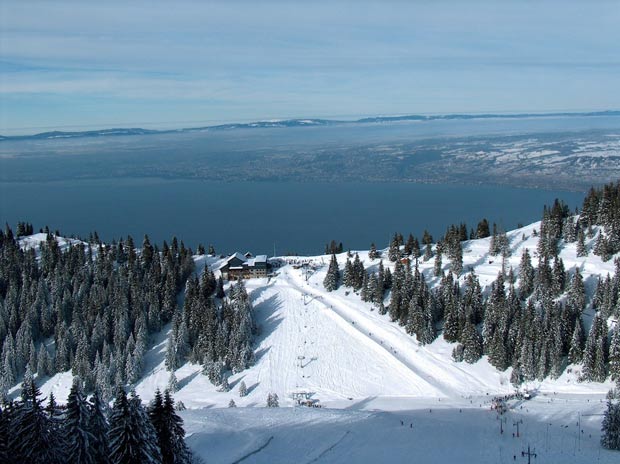 Amongst the sumptuous panoramas relatively unknown to the general public – although not to inhabitants of Grenoble – is the one from the alpine pastures of the Molière, 30 minutes from the top of the La Quoi chairlift by cross country skiing or 50 minutes on snowshoes. The family resort in the Vercors, renowned for its Nordic skiing, offers an exceptional view from its crests over the town of Grenoble, the Grésivaudan valley and the surrounding mountains - Chartreuse, Oisans and Belledonne. On a clear day, one can even make out the Mont-Blanc in the background. 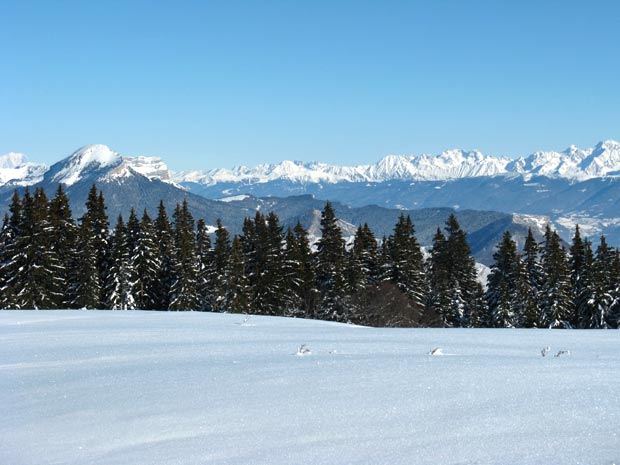 Take the Perdix cable car in SuperBesse to the Puy de la Perdrix, at 1850m high, for a 360° view over the Puy du Sancy, the highest point of the Massif Central (1886 m), the natural reserve of the Chaudefour valley, the Mont-Dore, the Puy du Dôme and the Plomb du Cantal, second highest summit in the range. On a clear day, you can even spot the highest peak in Europe. 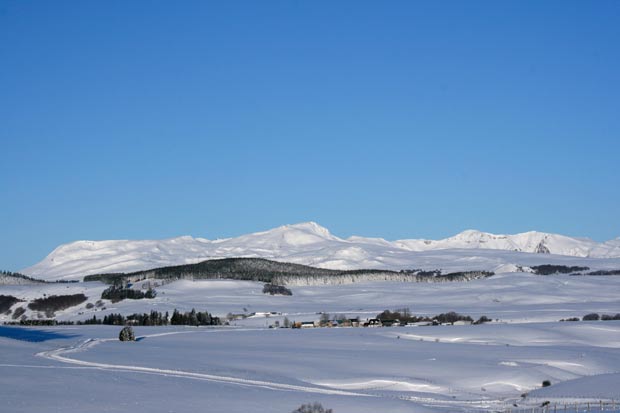 In the Alpes Maritimes, the “Grande Bleue” (Big Blue) almost touches the summits. On a clear day, in Isola 2000, from the orientation table of the cime de Sistron at 2610m high, skiers can make out the Mediterranean Sea! There is a multitude of peaks as far as the eye can see - the Viso, the Malinvern and the Argentera, the highest summit in the range, reaching nearly 3300m high. 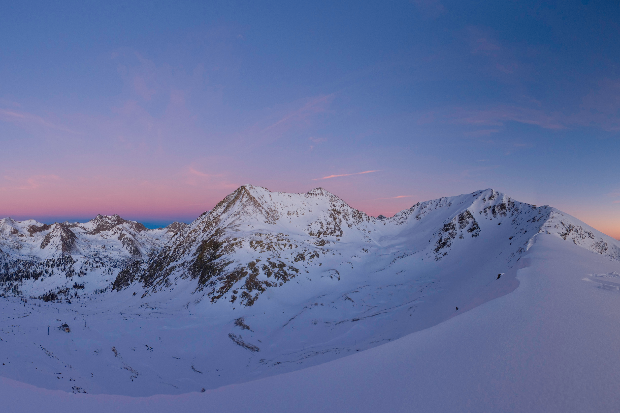 From the top of the Morond (1420m), the 360° view is impressive. You can admire almost 360 mountain summits! The Alps, with the exceptional Mont-Blanc range, with of course the highest peak in Europe standing out from its neighbours! Closer, you can see the Jura summits, such as the Mont d’Or, the Chasseron, the Suchet and the Dent de Vaulion. A panorama accessible on foot, snowshoes or alpine skiing via the Morond chairlift. 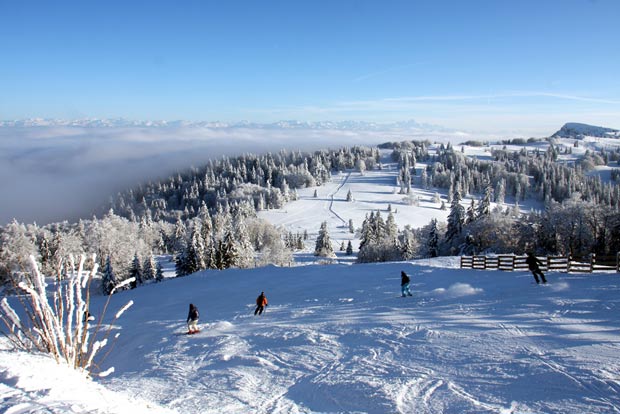 Located in the heart of the Regional Natural Park of the Ballons des Vosges, La Bresse-Hohneck offers a wide variety of landscapes. To feast your eyes, the best way is to climb the Hohneck, the highest summit in the Vosges at 1366m high. From there, you have a plunging view over the Alsace plain; you can also distinguish the Black Forest and on a clear day, the Alps. Two orientation tables help to read the landscape. 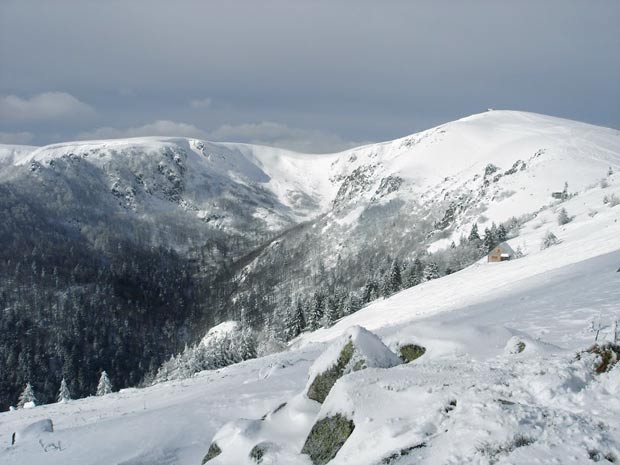