Luc Reversade's concept - the Folie Douce - has been a massive hit in the French mountains for the past seven years. After Val d'Isère and Val Thorens, this winter it arrives in Méribel.

Luc Reversade's concept - the Folie Douce - has been a massive hit in the French mountains for the past seven years. After Val d'Isère and Val Thorens, this winter it arrives in Méribel. But many other restaurant owners are also riding on this wave of festive afternoons in the middle of the slopes.And the volume has also been turned up in the Pyrenées 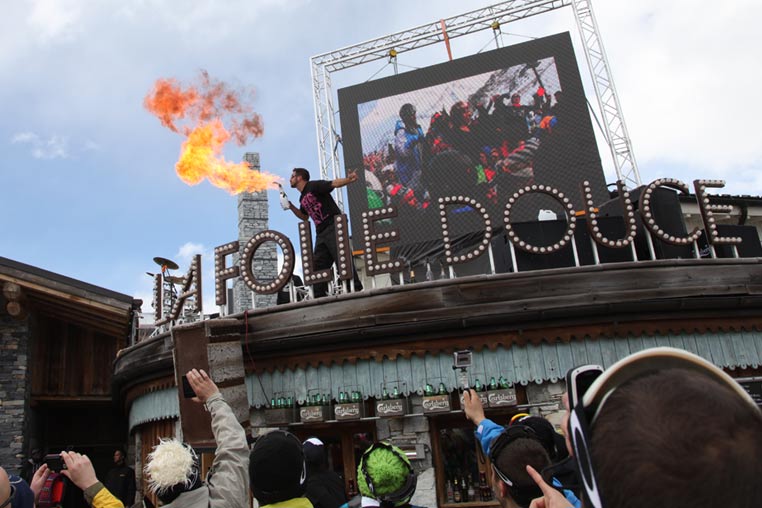 Since their launch in 2007, wintry weather and high altitudes have, of course, made the organisation of these festive high-altitude afternoons a bit more complicated.  But today, Luc Reversade's mix of altitude restaurants and dance floor lounges is a sensation. “It meets a real need for our clients who want to party.  They come to ski but also to relax. The Folie Douce offers a real spirit of freedom, and also thrills.” Since last year, there is even a cabaret show at the beginning of the afternoon. Followed by DJs and musicians who invite the crowd to lose themselves in the beat of the music...Up to 300,000 people per year, of all ages and nationalities, come to dance to the Folie Douce in Val d'Isère, Val Thorens and now Méribel. Beer, wine and champagne are served, but never spirits. And it will be the same next year in the Isère resort of Alpe d'Huez, where a 4th Folie Douce will open at the top of the Marmottes chairlift. This will join another altitude restaurant at the resort, Le Chantebise 2100, which has offered musical afternoons with DJs on the vast terrace of its Ice Bar for the past three years. You can dance in ski boots! 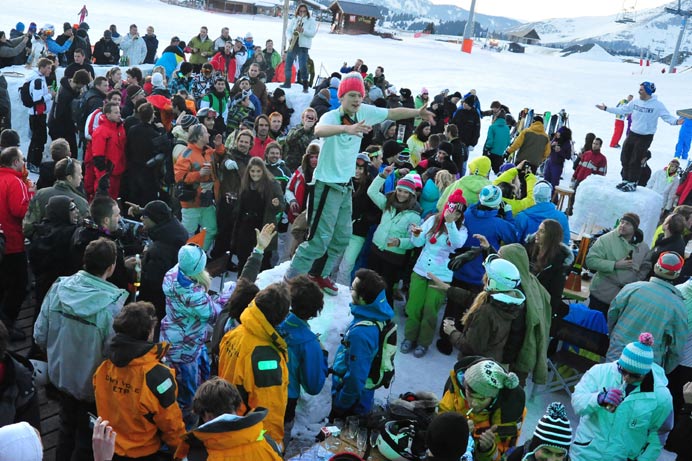 From the top of the slopes to the snow front

For the past five years, the volume has also been rising on the altitude terraces of Les 2 Alpes. The Pano Bar started with the greatly appreciated 3-5 pm musical sessions. Others followed the movement, first on the slopes (Le Diable au Coeur, La Patache), then on the snow front (L'Ambrella, Le Bivouac). But it is not just in the big resorts where you will find these clubbing afternoons. A real wave of “fiestas on the slopes” has moved from North to South, and from East to West - from the Cap Horn in Courchevel to La Vache (so British) or the Planté du Baton (more French) in Plan Peisey, from Le Bal last year in La Clusaz to the new Après-ski in Les Gets, the Kaktuss in Les 7 Laux - appreciated for its Sunday DJ Set since last year - or the fabulous panorama of Le 360 in Val Thorens...The mountains reinforce the festive atmosphere in - often private - events.  An illustration of this is Joseph Lenvers, owner of the Chalet d’Avoriaz.  Impressed by the fiestas in the Austrian resorts where he previously worked, for the last three years from 3pm to 6.30pm he has transformed the terrace of his altitude restaurant into a dance floor.  Musicians or DJs take the stage and the terrace extends into the snow to welcome up to 500 people each afternoon. “I want the celebration to be fun", insists Joseph Lenvers, who rejects any idea of binges and ensures that the restaurant is well maintained. This wish is largely shared - it is fine to have fun, as long as it stays under control. The mountains must stay beautiful for everyone! 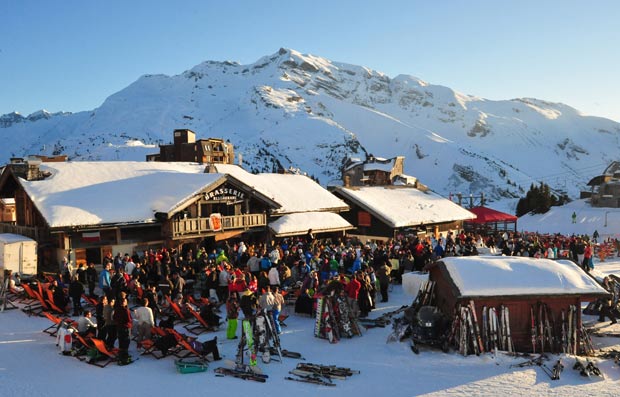 From the Alps to the Pyrenées

Some establishments concentrate their efforts on certain dates. “People look forward to these afternoons!” affirms Alexandra Bompard at La Dalle en Pente, an altitude restaurant in Praloup. After several trial events last year, the Snow K'fé in Gourette was launched - this winter, its terrace becomes a dance floor every Saturday from 2pm to 5pm and some Tuesdays, with the DJ Bamby Brown. In the Pyrenées as well, people have started dancing on the snow. “There is a real demand, and not just in the evenings", says Kevin Maingre, new manager of the Hourgade in Peyragude. His 300 m2 terrace ondulates to the sound of DJ Hype from 2.30 pm! During the Salsa en la Montana, mid January, the whole resort of Saint-Lary will move to Latino rhythms, on the slopes, at the foot of the lifts, with dancers even in the cable cars. The event has lifted everyone’s spirits for the past four years! The Vercors resort of Villard-de-Lans has decided to surf on the trend with rhythms which will be more electro, jazz or rock on 2nd and 3rd March, on restaurant terraces and the snow front. “It is in tune with our clients, who like to party", says Thierry Combaz, from the Tourist Office.  Let's party on the slopes... 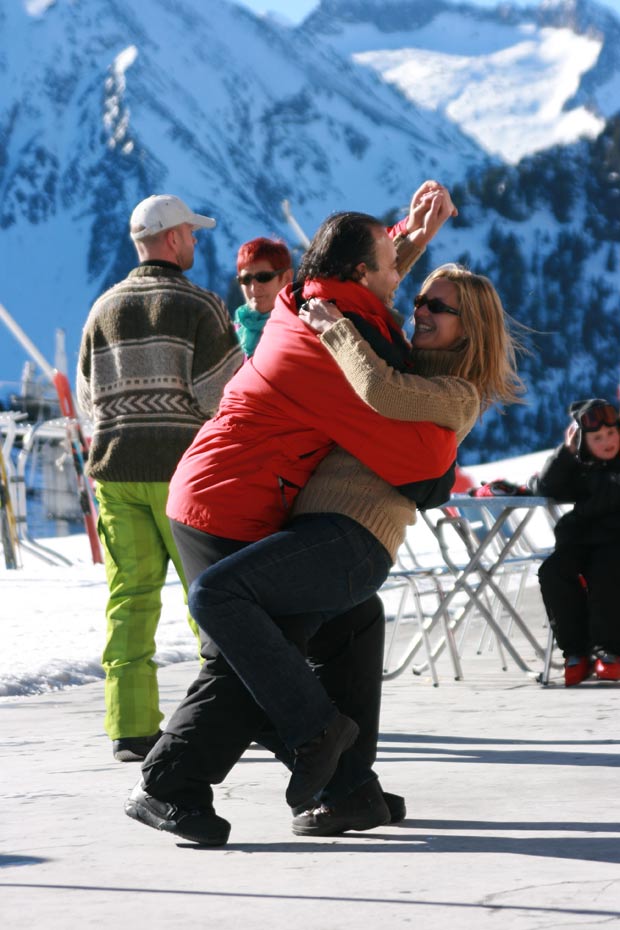