This year, why not break with your usual tradition of sitting around the television munching on cold turkey, venturing outside only when the rain stops? Instead, head for the French mountains, where the sun shines and the ambience at Christmas time provides magical memories for the whole family?

This year, why not break with your usual tradition of sitting around the television munching on cold turkey, venturing outside only when the rain stops? Instead, head for the French mountains, where the sun shines and the ambience at Christmas time provides magical memories for the whole family? 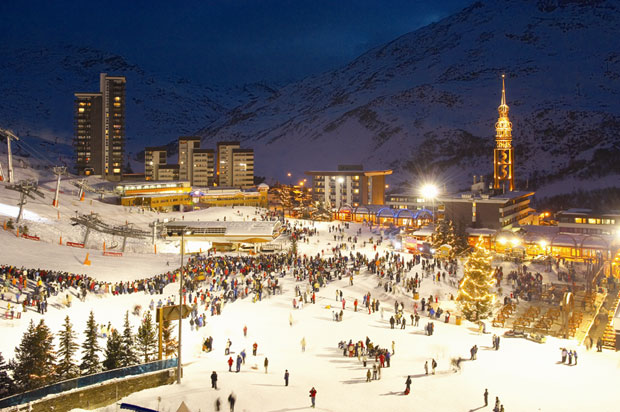 French mountain resorts and villages really come into their own during the festive season. The streets are illuminated with countless fabulous light shows; some run small Christmas markets where local producers sell their wares as well as seasonal goodies, while all over France, from the Alps to the Pyrenees there are musical concerts, torchlight runs and, of course, visits from Santa Claus. Some villages such as Le Grand Bornand run a series of events for the whole family in the run-up to Christmas.

Christmas in France is a family holiday, a religious celebration and an occasion for merrymaking, marked by traditions that have become popular in many countries across the world, including a Christmas feast – called the Réveillon, Christmas trees (sapins de Noël were introduced in Alsdace in the 14th century but only appeared formally in france in the 1830, when they were decorated with fruits, paper flowers and ribbons) and nativity crèches (called santons, which originated in Provence).

Whilst France is a largely secular country, attending Midnight Mass on Christmas Eve is still an important part of Christmas for many families. This should be followed by a huge feast called le Réveillon (from the verb réveiller, to wake up or revive) – although more and more families opt to celebrate the Réveillon on Christmas Day when it is easier for the whole family to gather together. The Réveillon is the culinary high point of the season. And the kids won’t want to miss out on a bûche de Noël (chocolate yule log). As for a visit from Santa, in France youngsters put their shoes by the fireplace in the hope that they will be filled with gifts. Naughty children, however, can expect a visit and a spanking from Santa Claus’ colleague, Père Fouettard!

Time your visit to the French ski resorts to coincide ith New Year’s Eve and you can expect a party of some kind, whether you prefer a quiet raclette meal (such as this one in Jura) with a simple toast at midnight and maybe some dancing till the early hours or, for younger partygoers, a fun-filled vibe in one of the larger resorts’, such as this one in Châtel, where DJ Nico will be playing live in the church square. The beauty of the huge variety of resorts in the French Mountains is that there is something for everyone, all of them offering an unforgettable atmosphere.

As for combining your Christmas or New Year stay with a ski break, one thing is guaranteed: there are fewer skiers on the slopes than in the busier school holiday periods such as February. So you get the best of both worlds both on and off the piste!